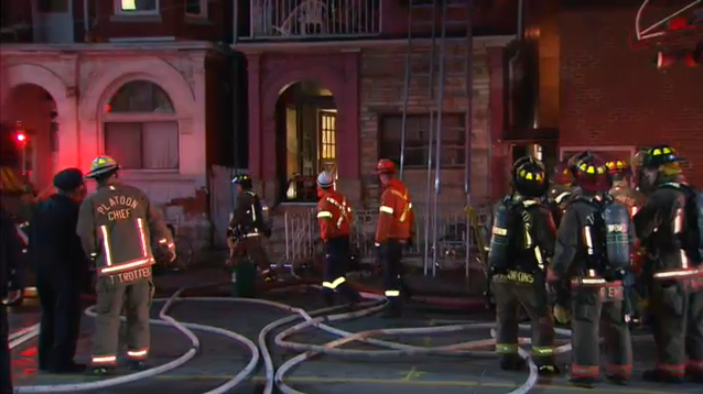 Fire crews are seen at a fire that broke out at a home on College Street on Nov. 18.

A Toronto homeowner is facing charges after inspectors investigating a three-alarm fire determined the residence was being used as a rooming house.

Toronto Fire Services was called to a fire at 1265 College St., near Lansdowne Avenue, at approximately 5:30 a.m. on Wednesday.

The blaze grew to a three-alarm fire, requiring 18 fire trucks and 75 firefighters. Eight people had been inside the home at the time, and one person was considering jumping off the second-floor roof to escape. Firefighters talked the person out of jumping and rescued him or her with a ladder.

The fire was extinguished, and three people were taken to hospital for injuries.

Upon investigation, crews determined that the home was being operated as a rooming house.

"Toronto Fire Service has a zero-tolerance policy for Fire Code violations and will be laying charges in the Provincial Offences Court," officials said in a statement Thursday.

The penalties for violations can reach fines of $50,000 and/or a year in jail for individuals. Corporations can face fines of up to $100,000.