TORONTO -- Ask the outgoing head of the country's largest municipal police force about defunding or cuts to its $1-billion budget, and the response reflects typical disdain for what he views as sloganeering in response to complex problems.

Before considering cuts, the soft-spoken Mark Saunders says, something realistic and effective would first have to be in place to deal with the 32,000 mental health-related service calls the Toronto force takes each year.

"That would free up our existing resources to be more focused on some of the more violent type of offences," Saunders says. "We're the only ones that are doing it the vast majority of time."

In a sit-down interview ahead of his retirement Friday, Saunders, 57, the first Black person to become Toronto's top cop, says the service has diversified substantively since he joined in 1982 -- 22 years after its first Black officer was hired.

"When I graduated from my class, I was the only Black person in the class at that time, so that kind of speaks to what the ratio looked like," he says. "At the start, there was some comments that were made (but) my parents taught me that I should never be ashamed of who I am, so I would deal with it right then and there." 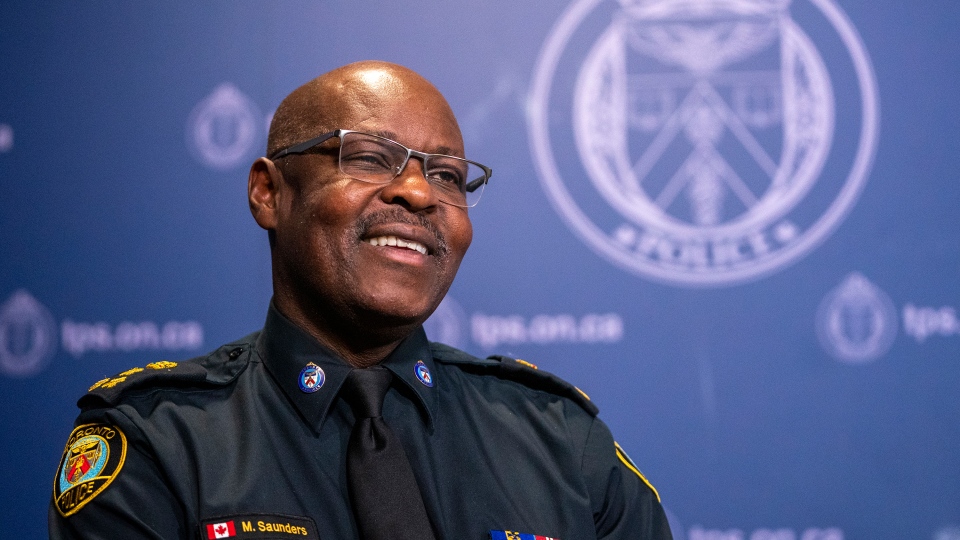 Since then, the chief, who gives up little of himself in carefully couched responses that flow in tumbling sentences, notes the service has aggressively recruited visible minorities for years and has been recognized for its diversity.

Surprisingly, perhaps, he also says he does not know how many Black officers currently serve -- the service hasn't kept demographic data for some years now. Maybe a few hundred among the 5,400 sworn officers and 2,500 civilians, he suggests.

Police racism and brutality against minorities have recently prompted protests and calls for defunding across North America after a Minneapolis police officer killed a Black man, George Floyd, in May. Toronto has not been immune.

Saunders is frank: Racism exists in the service as it does elsewhere in society, so it's logical that undercurrents flow through the organization.

"There is no mystery to that; it's built in everywhere," Saunders says. "We hire from the world, so of course the answer is yes; there's nothing unique to that."

Tackling systemic racism requires a multi-faceted approach, he says. For one thing, police cameras are now ubiquitous in booking halls and cruisers, while officers wear microphones. Body cameras are the next step, he says.

For another, police owe it to the public and themselves to embrace values of respect and equality, he says.

"It's either robust training or it's discipline," Saunders says. "We're out there doing absolutely everything we can."

While politicians such as Mayor John Tory have praised his five-year tenure, Saunders has come under fire from members of the Black community. They maintain he failed to deal effectively with discriminatory policing and excessive force. 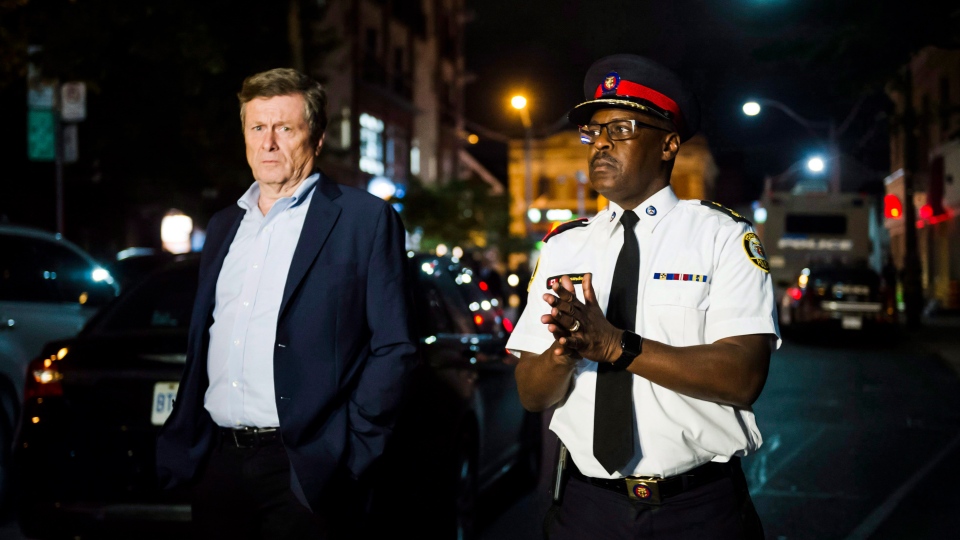 He angered the activist group Black Lives Matter Toronto for failing to meet with them during 2016 protests outside headquarters over the police killing of Andrew Loku, 45, a mentally ill father of five. He also initially supported the practice of carding -- officers randomly stopping people and recording their information. Minorities argued they were frequently targets of differential treatment.

Saunders, however, insists his door was always open. More recently, he took a very public knee during an anti-racism protest. He said it was the right thing to do and that he was "totally in alignment" with the demonstrators' views.

The chief also faced criticism over the force's handling of a series of disappearances and killings of men who frequented the city's gay village. He appeared to suggest, in a Globe and Mail report, that the community's lack of co-operation played a role in how long it took to arrest a suspect.

"Nobody was coming to us with anything," the paper cited him as saying.

The comments struck an already raw nerve but Saunders bristles. He won't say he was misquoted but is adamant he would never have tried to shift blame onto the victimized community. It's a lie, he insists in uncharacteristically blunt terms.

"Misinformation is one of this seat's toughest things to deal with," he says.

In Saunders' view, the serial killings weren't so much a policing failure as a failure to communicate to the LGBTQ community how much time, money and resources the force had spent on investigating the disappearances. It's his one regret, he says. 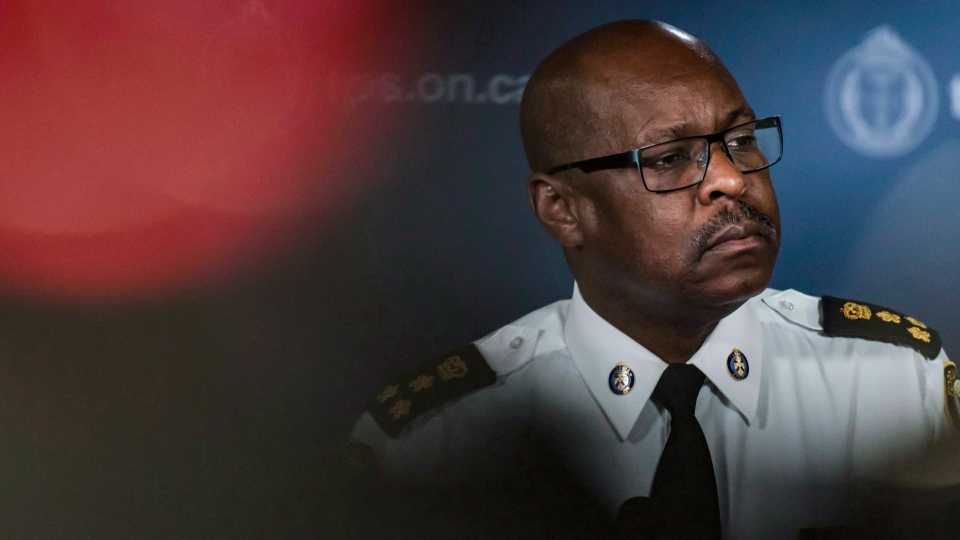 "We should have gone out to the public and said, 'These are all the things that we have done ... (but) it's not over'."

Otherwise, he says, he has little reason to second-guess himself as he leaves his office. He has, he says, guided the force through a rapidly changing world in which an increasingly diverse population has grown louder in demanding accountability and responsiveness.

He's especially proud of a "very off-the-grid" modernization plan in 2017 that flowed from a community-centric task force he initiated. Others don't see it that way.

"I'm not sure he made very much useful change," said former mayor John Sewell, co-ordinator of the Toronto Policing Accountability Coalition.

Before becoming chief in 2015, Saunders spent years dealing with street gangs, combating drug trafficking, and working with the emergency task force. For now, the husband and father insists he has no plans beyond spending more time with his family.

This report by The Canadian Press was first published on July 30, 2020.