A father is dead and his adult son has been taken to hospital with non-life threatening injuries after they were stabbed while confronting a group of young men seen breaking into cars outside their home, police said Friday.

The incident occurred on Lanebrook Drive in the Castlemore and Goreway Drive area at around 2:20 a.m.

Acting Supt. Martin Ottaway said the victim and a man believed to be his son witnessed a group of as many as five males engaging in petty theft from parked vehicles.

The deceased has been identified by police as 63-year-old Glensbert Oliver. 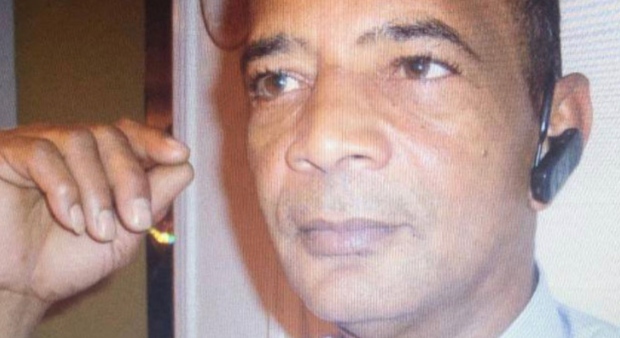 Glensbert Oliver, 63, has been identified by police as the stabbing victim. (Police handout)

They confronted the group and both were stabbed. Oliver was pronounced dead at the scene.

“This was a person trying to stop a minor property offence that escalated to the point of becoming a homicide,” Ottaway said. “Very tragic.”

The suspects, who Ottaway described as black males in their late teens to early 20s, fled the scene in a dark coloured SUV.

“I strongly encourage the people involved to contact legal counsel and turn themselves in,” he said. 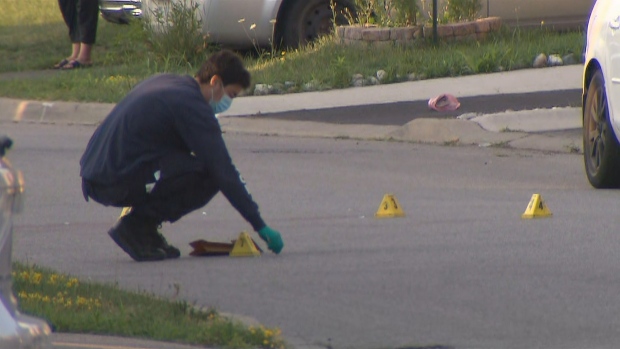 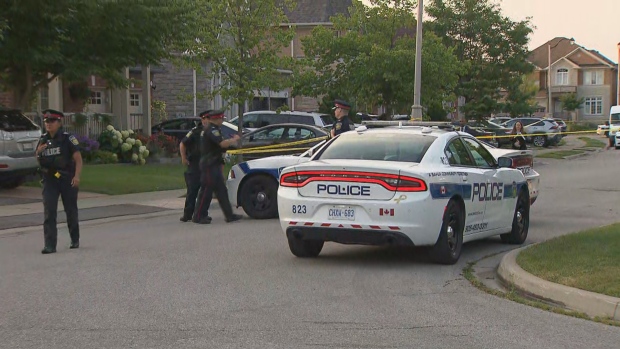 The street was blocked off for several hours while police investigated. (CTV News Toronto)

Police said the second victim suffered non-life-threatening injuries but has already been released from hospital.

Investigators say they wish for residents who witness crimes happening near them to call 911 and not directly confront the suspects.

“I would not suggest that anyone confront anyone involved in any type of offence like what happened last night,” Ottaway told reporters. “Property can be replaced, lives obviously cannot.”

Officers were along the street Friday dusting vehicles for fingerprints, speaking to witnesses and canvassing for surveillance camera footage.