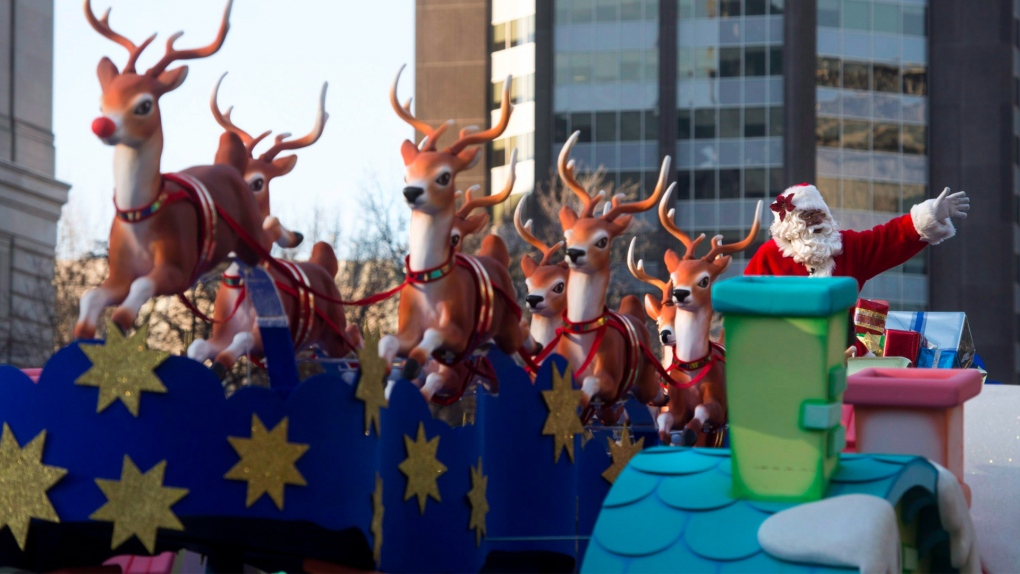 Santa Claus waves to the crowd from his float during the Santa Claus parade in Toronto on Sunday, Nov. 15, 2015. THE CANADIAN PRESS/Marta Iwanek

The Etobicoke Lakeshore Santa Claus Parade is hitting the streets Saturday morning, which means some roads will be closed.

While the parade kicks off at 10 a.m., the Toronto Police Service (TPS) says many of the streets along the parade route have been closed off to traffic since 8 a.m. to make way for the procession.

The parade will make its way down Lake Shore Boulevard starting at First Street and capping off the festivities near Thirty Seventh Street at around noon.

Police say drivers can expect some delays in the area and recommend taking alternative modes of transportation.

The TTC warns transit takers that the 501L streetcar to Dufferin Station will have a temporary route change during the parade.

Starting at 9:30 a.m., all stops on Lake Shore Boulevard West from Royal York Road and Brown’s Line will not be served.

The streetcar will divert both ways along Lake Shore Boulevard West, Royal York Road, Evans Avenue, Horner Avenue, Brown’s Line, and Long Branch Loop. The diversion will be in effect until 12:30 p.m.

The 110C bus to Islington Station will not make any stops south of New Toronto Street this morning, and the 44 Kipling South bus will also turn back northbound at the Kipling Loop during the parade.

Police say those who live in the neighbourhoods south of Lake Shore Boulevard will still be able to make their way home throughout the duration of the parade, though some may have to take alternate routes.

Anyone who needs to go anywhere on First to Thirteenth streets can make their way through First Street along Morrison Street. Meanwhile, those who need to go to Twenty Third and west of this can get there through Thirty Sixth Street along Lake Promenade.