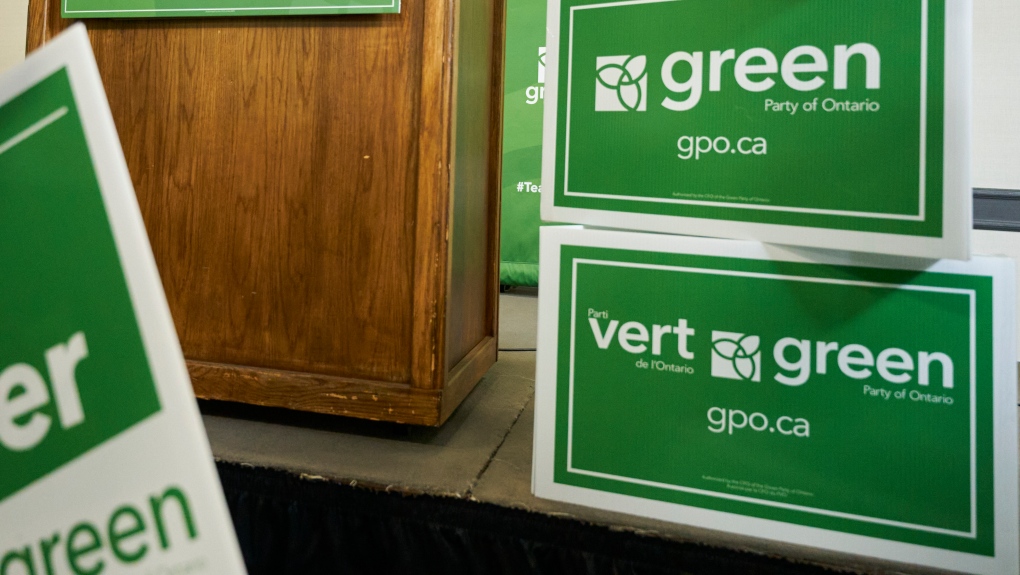 Ontario Green Party Leader Mike Schreiner issued a statement Monday ahead of the debate after learning that at least one of his candidate's election signs was targeted by hateful and misogynistic vandalism.

Krystal Brooks, the candidate for Simcoe-North, posted a message to social media earlier in the day asking voters why they "don't see many women or minorities in politics."

What followed was a video of one of her election signs with the following words written on it: "Go back to the reserve B***."

On the other side it said "suck another one w****" with a crude drawing in black marker.

"Politics have never welcomed us with open arms," Brooks said in her post. "I know what I signed up for and that this stuff happens and can be expected. Knowing doesn't make it easier though. "

"This though is exactly why victims/survivors of human trafficking stay silent. It's also why you don't see many women, BIPOC and LGBTQ2S people in politics.”

In a statement, Schreiner said that he stands with Brooks and condemns the vandalism, calling it "abuse" while saying it has no place in politics.

"Ontario Greens are committed to building a more equitable and anti-racist province. And that starts with empowering and lifting up the voices of our strong and diverse candidates like Krystal."

This is not the first instance of an election sign being vandalized in Ontario. The NDP candidate for Kanata-Carleton posted photos of her campaign signs with graffiti, including one saying "witch" and Toronto police are investigating after someone spray-painted the word "Nazi" on the signs of a Liberal candidate.