Drivers in Toronto lose 142 hours on the roads during rush hour, report finds 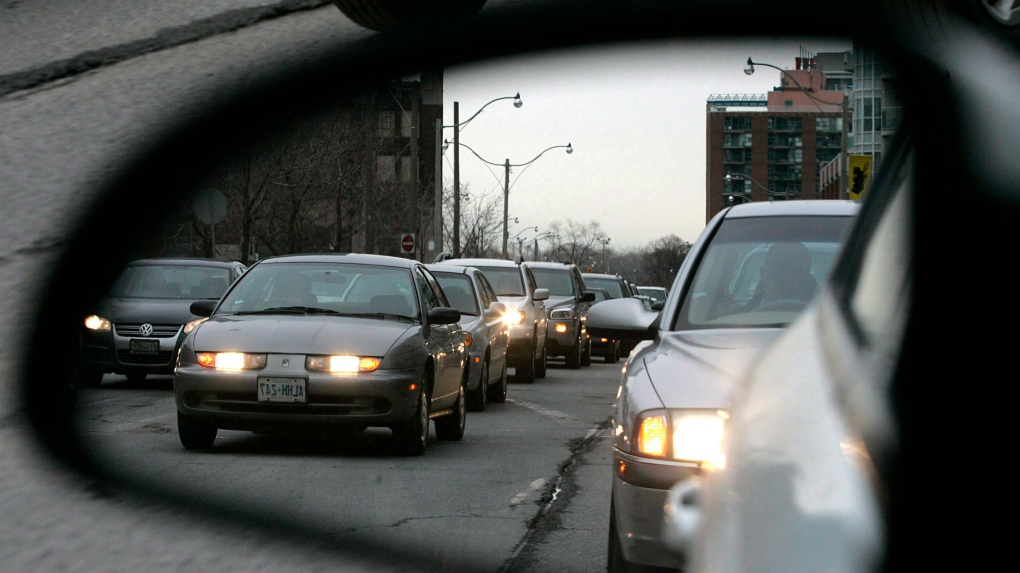 Commuters are reflected in a rearview mirror while sitting in rush hour traffic in Toronto. (J.P. Moczulski / THE CANADIAN PRESS)

TORONTO -- Drivers in Toronto could have knit 36 hats or baked more than 6,500 cookies in the time lost travelling during rush hour in 2019, a new traffic report says.

The TomTom Traffic Index, which analyzes data annually using internal navigation systems and ranks urban congestion worldwide, says that Toronto drivers navigate some of the most congested roads in Canada, second only to Vancouver.

According to the data, it takes Toronto drivers about 33 per cent longer on average to get to their destinations due to traffic than it would if roads were flowing freely or not impacted by congestion—typically during the night hours. The congestion levels increased by one per cent from last year.

The delays increase to about 56 per cent during morning rush hour and 68 per cent for drivers travelling in the evening rush hour period. This congestion leads to 142 hours of time lost on the roads, the data says, or close to six days. 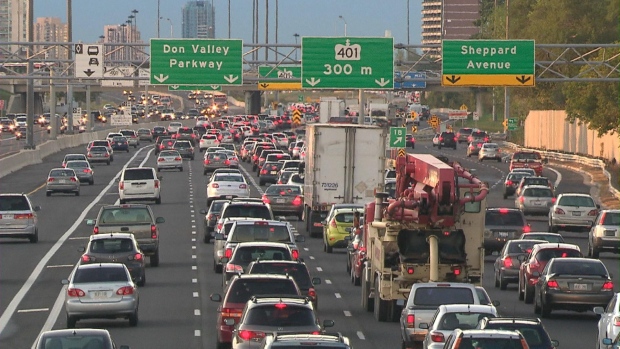 According to the data, the worst time to travel in Toronto is between 5 p.m. and 6 p.m. on Thursdays.

“Travelling after 6 p.m. on Thursday could save you up to five hours per year for a 30 minute commute,” the index said.

The data shows a three percentage point difference between congestion on the highway (31 per cent) and non-highway roads in the city (34 per cent).

Toronto is ranked 80th in the world on the TomTom index while Vancouver is ranked at 40th place, with a congestion level of 39 per cent.

This is the second straight year where the congestion level has increased in Toronto.

The TomTom Traffic Index analyses congestion in 416 cities around the world. Bengaluru in India is the highest ranked, with a 71 per cent congestion level.

The global congestion level is about 29 per cent.