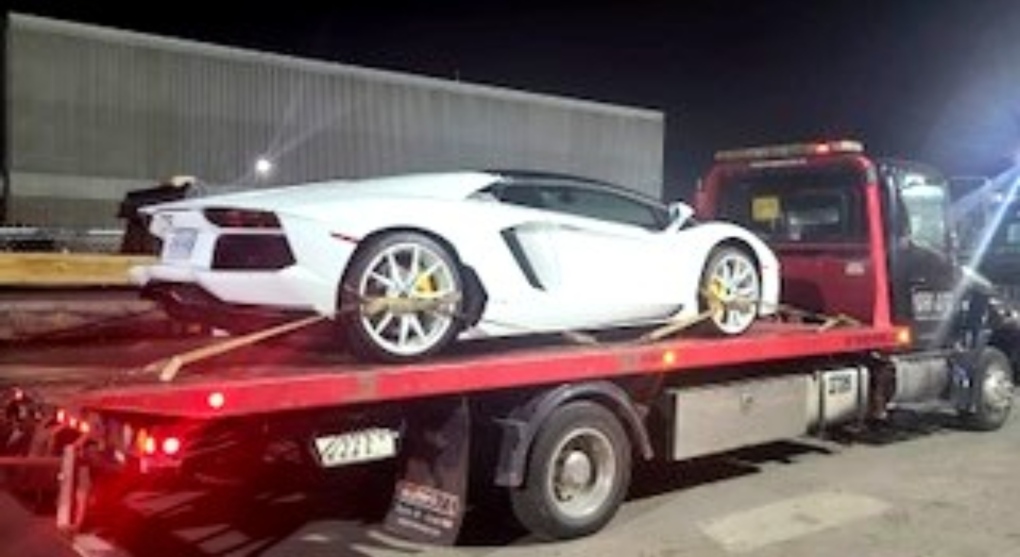 The driver of a Lamborghini, which is worth nearly half a million dollars, is facing a stunt driving charge after being caught going nearly triple the speed limit, police say.

York Regional Police said they clocked the Lamborghini Aventador going 170 km/h in a 60 km/h zone in the area of Highway 7 and Keele Street on Tuesday morning.

The driver is now facing a stunt driving charge, which comes with an automatic 14-day vehicle impoundment and 30-day licence suspension, police said.

According to police, the driver was pulled over on a stretch of roadway with the highest number of collisions each year in the region.

"We never get tired of yanking stunt drivers off our roads," police said. "Speed can kill."

According to the Ministry of Transportation, drivers convicted of stunt driving in Ontario must now also complete a driver improvement course, or they will have their licence cancelled. The course must be picked from a list of government-approved companies.

The course must be completed within 60 days of conviction.

In areas where the speed limit is above 80 km/h, a motorist will face stunt driving charges if they go more than 50 km/h above the limit.

Drivers also face a 30-day roadside driver’s licence suspension, as well as a 14-day vehicle impoundment, if pulled over by police for stunt driving.

The maximum fine for stunt driving in Ontario is $10,000. You could also face up to six months in prison.