Driver arrested after car barrels through two homes in Markham 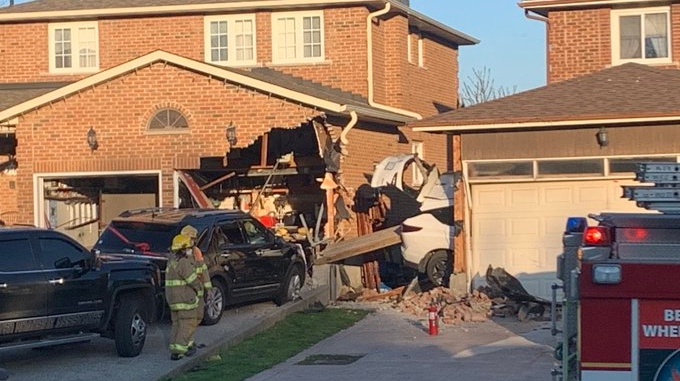 One person has been arrested after a car plowed into two Markham homes on Thursday. (Twitter/Darren Goodchild)

TORONTO -- One person has been arrested for impaired driving after allegedly striking two different homes in Markham Thursday night.

It happened in the area of Major Buttons Drive, near Highway 7 and the Ninth Line, at around 6 p.m.

An image from a CP24 viewer showed one of the homes that was struck suffered extensive damage to its garage. The vehicle appears to have come to rest lodged in the side of the second home.

The person was taken to a hospital with minor injuries, police said.

No other injuries were reported.