TORONTO -- Drake has put out a new version of his latest music video, removing a split-second cameo from the 19-year-old woman who threw a chair off a downtown Toronto high-rise balcony earlier this year.

October’s Very Own released a video for his single “War” on Monday evening, and it didn’t take long for listeners and much of Toronto’s media to notice an appearance by Marcella Zoia, an Instagram model who pleaded guilty to throwing a chair over a high rise-balcony last month.

Zoia appeared in the video towards the end, in a blue-lit room with people smoking and drinking. 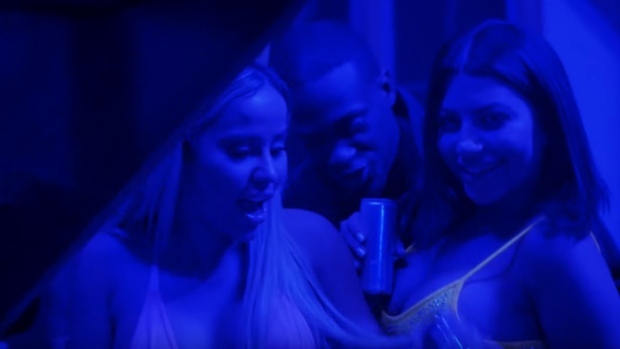 A week ago, Zoia posted a picture of herself to her Instagram account, standing in a room that appears similar to the one where the video was shot, wearing the same outfit.

Both posts were later deleted.

On Wednesday, Drake posted to Instagram that a new version of the video was available, that excluded “certain people we don’t condone,” adding later “no chairs," using an emoji of a wooden chair. 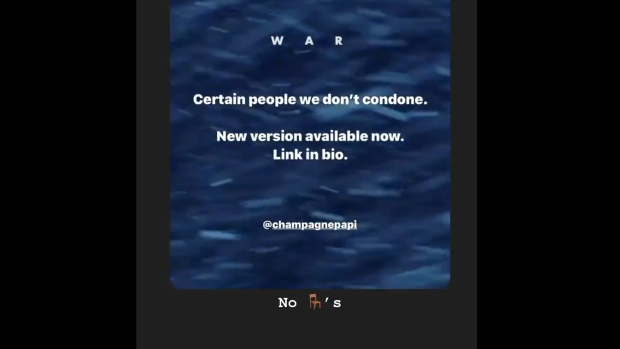 Last month, Zoia pleaded guilty to mischief endangering life at Old City Hall in connection with the February incident that was filmed and shared widely online.

On Nov. 15, her lawyer, Gregory Leslie, told reporters Zoia was “remorseful” for her actions.

“She is a young lady who made a mistake,” he said outside the courthouse. “When you deal with persons her age we look at, one of the possibilities, or one of the factors that the judge has to examine is the issue of rehabilitation and she is, in my opinion, already a changed woman and she will be doing much better.”

A sentencing hearing in Zoia’s case is expected to take place on Jan. 14.

The Crown is asking for up to six months in jail, but Leslie is pushing for a suspended sentence, which would include Zoia being put on probation with undetermined conditions for an unknown period of time.