Did you know about this rare and unusual bookshop in Toronto? 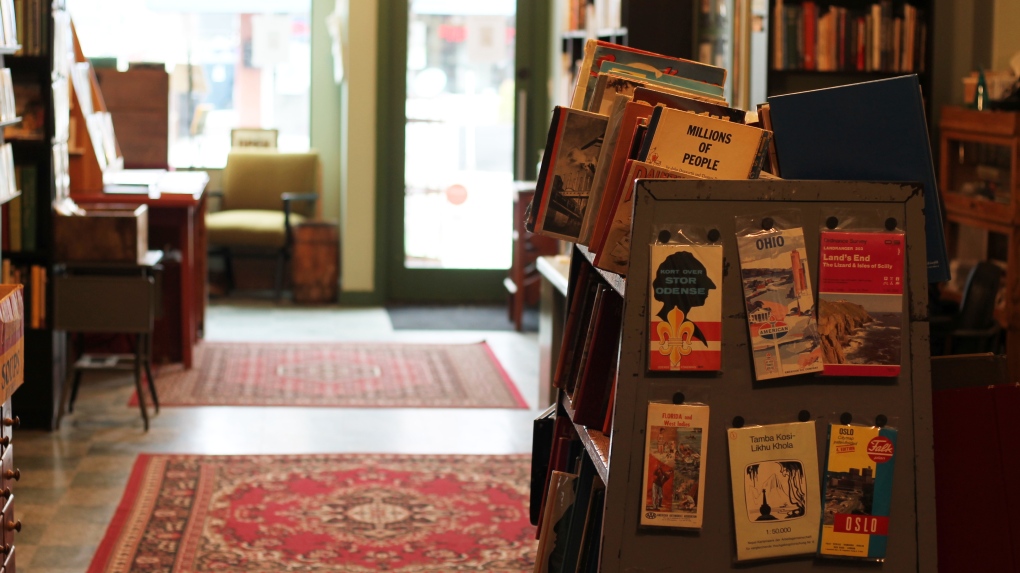 The Monkey’s Paw is an unusual bookshop selling some of the world most rare and absurd books – pieces of work that most people would never stumble upon twice in their lives.

Walking inside the picturesque store, it feels almost as if you are transported in time to an 18th-century Victorian bookshop and no longer inside a Bloor Street West shop in downtown Toronto.

Red Turkish-style carpets grace the checkered floors and the store’s shelves, lined with colourful aging books, loom over the space.

Owner Stephen Fowler says his inventory specializes in books that are “beautiful, arcane, macabre and absurd.” 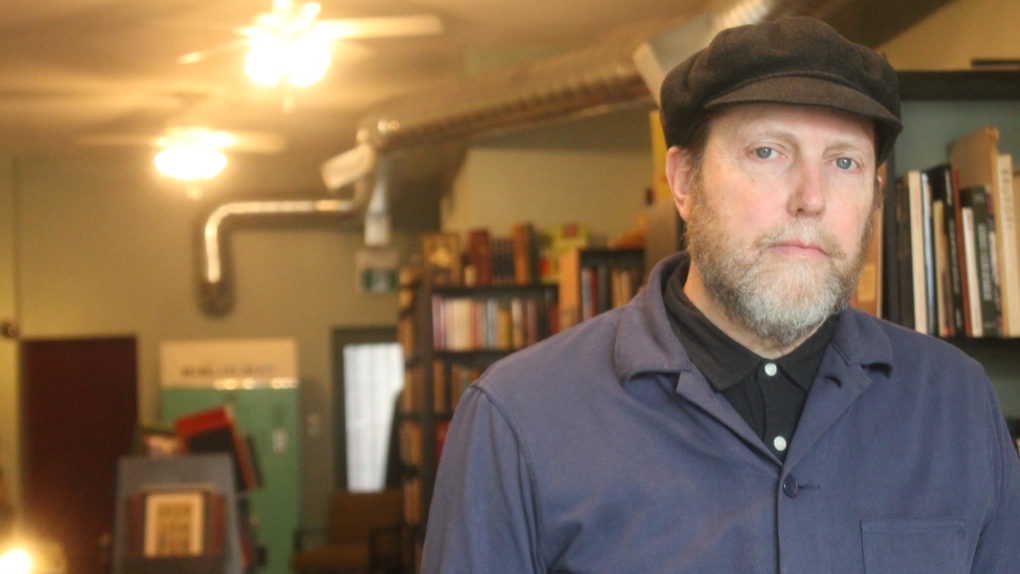 The Monkey’s Paw doesn’t sell anything published after the 1980s, so many of the books explore topics like sexuality, psychology, fashion, according to their times.

“I find amazing, weird stuff every single day,” Fowler told CTV News Toronto. “I've been in the book trade for over 30 years and I see books every day that I've never seen before.”

Titles like – “Roller Disco Dancing,” “Where Did We Come from Mother Dear,” “Airline Safety is a Myth,” “A Study of Bird Song,” “Ghosts in Photographs,” “How to Photograph Women” – paint a picture of what Fowler describes as absurd and arcane. 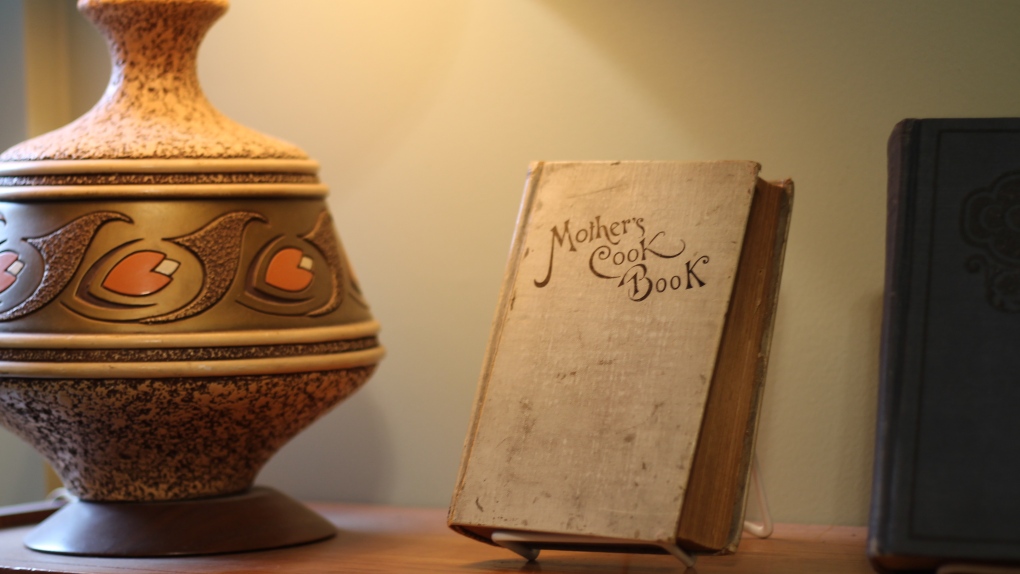 A copy of 'Mother's Cook Book' is shows on a shelf at The Monkey's Paw bookstore in downtown Toronto on Tuesday, April 5, 2022. (Miriam Katawazi/CTV News Toronto)

The store offers books that take the reader back in time to eras when thoughts about certain subjects were different to now. The titles of many of the books suggest that certain topics are being explored for the very first time – they come at the cusp of a new invention or idea.

Some of the book inside the shop cannot be found in any online websites or in most common book stores. If you miss a book, you might never come across it again.

In the very back of the shop sits a turquoise-coloured large contraption. It’s what Fowler calls the world’s first random book vending machine, also known as the Biblio-Mat. 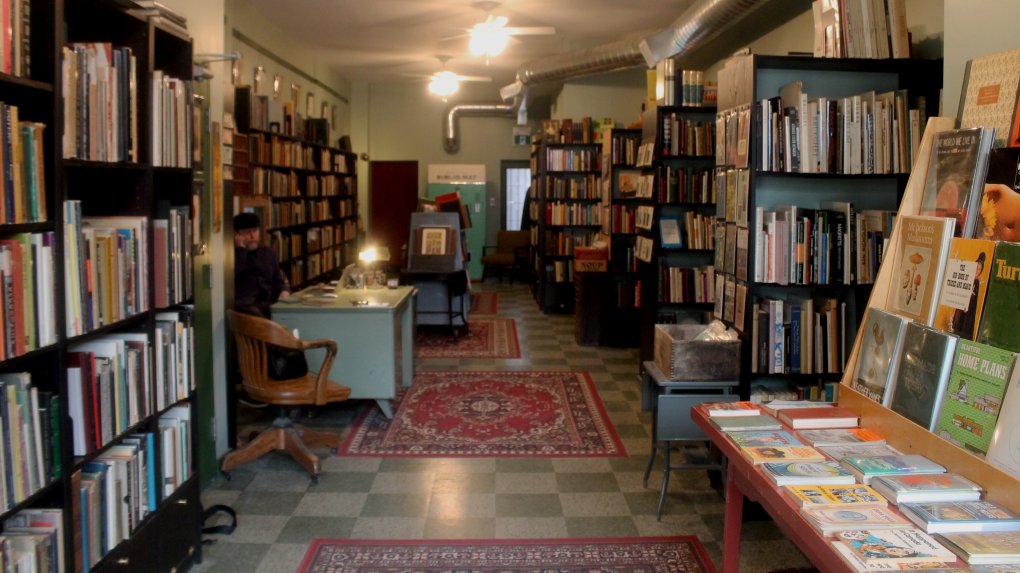 With a $4 token, the machine will spurt out a random-selected old book. When CTV News Toronto used the machine, out popped a copy of “A Party of Baccarat” published in 1930 by Donn Byrne.

There was a certain kind of joy to hear the machine fumble and spurt clumsily, shooting out a book fated to fall into your hands.

Fowler calls the machine, made for him by a friend, a “labour of love.” 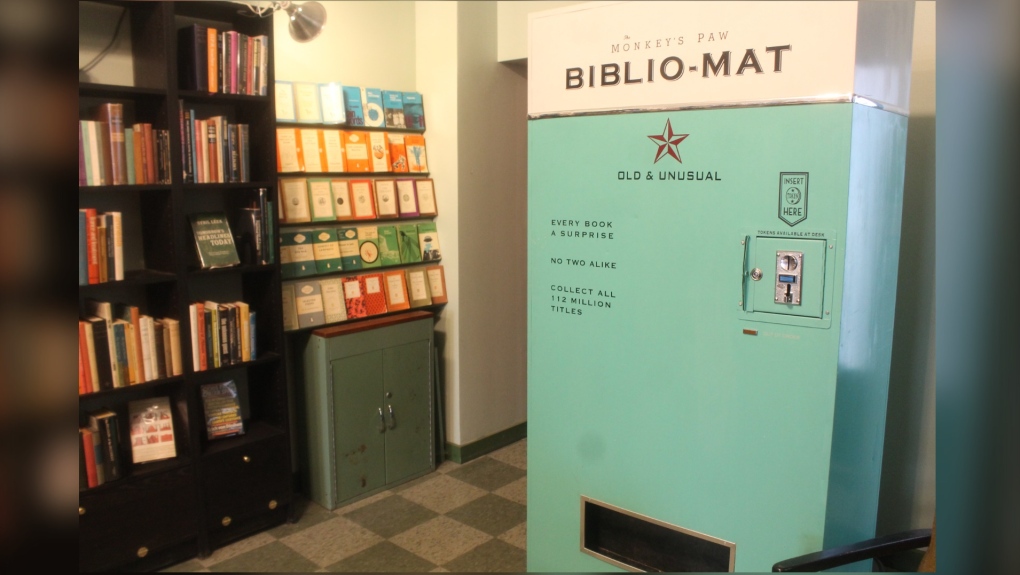 The ‘Biblio-Mat,’ believed to be the world’s first random book vending machine, can be seen at the Monkey's Paw bookstore in downtown Toronto on Tuesday, April 5, 2022. (Miriam Katawazi/CTV News Toronto)

“I'm not getting rich selling $4 books out of a vending machine,” he said. “It’s just something to keep people excited. I actually go to some pains to make sure there's nothing in the machine that you have ever seen or heard of before.”

“It can be anything, but what it won't be is a book you recognize.”

Toronto is home to some unusual and hidden treasures, and CTV News Toronto has launched a series to find and share some of them with our readers. Visit the website every Monday morning for new installments.