Did you know about Sherlock Holmes’ hidden study in Toronto? 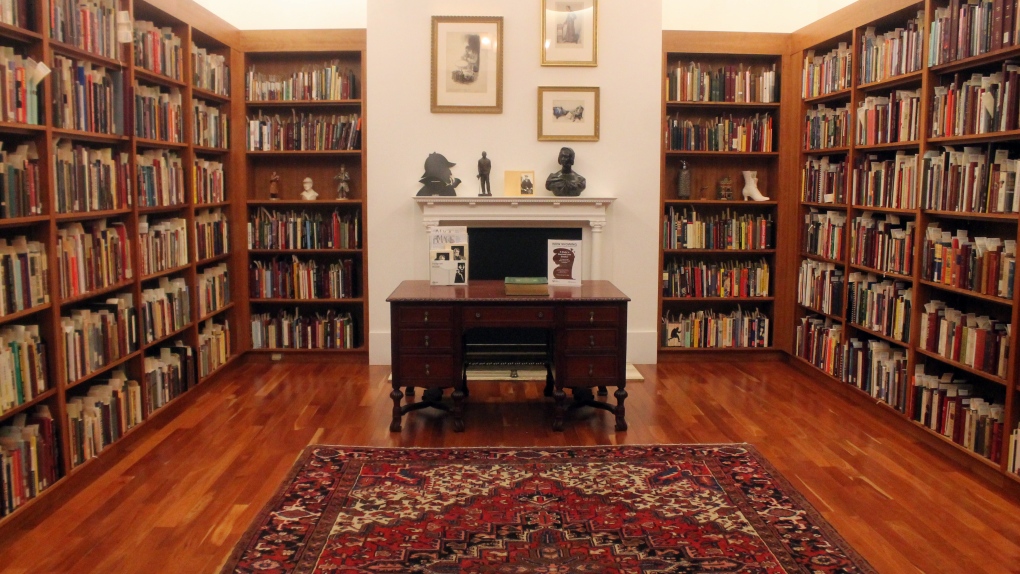 The Arthur Conan Doyle Room at the Toronto Reference Library, which is home to some of the world’s rarest Sherlock Holmes artifacts, is open for public. (Miriam Katawazi/CTV News Toronto)

It takes some detective work to find Sherlock Holmes’ hidden study in downtown Toronto, but it’s a case certainly worth cracking.

The study, designed to look like Sherlock Holmes’ apartment at 221B Baker Street in London, England, is home to the Arthur Conon Doyle collection, one of the world’s largest exhibits on the creator of the iconic detective.

Tucked away on the fifth floor of the Toronto Reference Library, the room is walled by chestnut-coloured bookshelves that hold precious and rare items, including a first edition copy of the first Sherlock Holmes story called ‘A study in Scarlet’ from 1887.

“It is so rare because Conan Doyle hadn’t really established himself as a writer up until that point, people didn’t know about Sherlock Holmes. He was just being introduced through this story,” Toronto Reference Library’s Jessie Amaolo told CTV News Toronto.

“So as a result, not many of those periodicals were kept. It’s an extremely rare item to have today. It’s even rarer to have one intact and we have one with a cover and everything.”

Conan Doyle was first a physician before becoming a writer. He encapsulates his life in a drawing shown at the library. He drew it when he was under the care of three doctors following a heart attack. 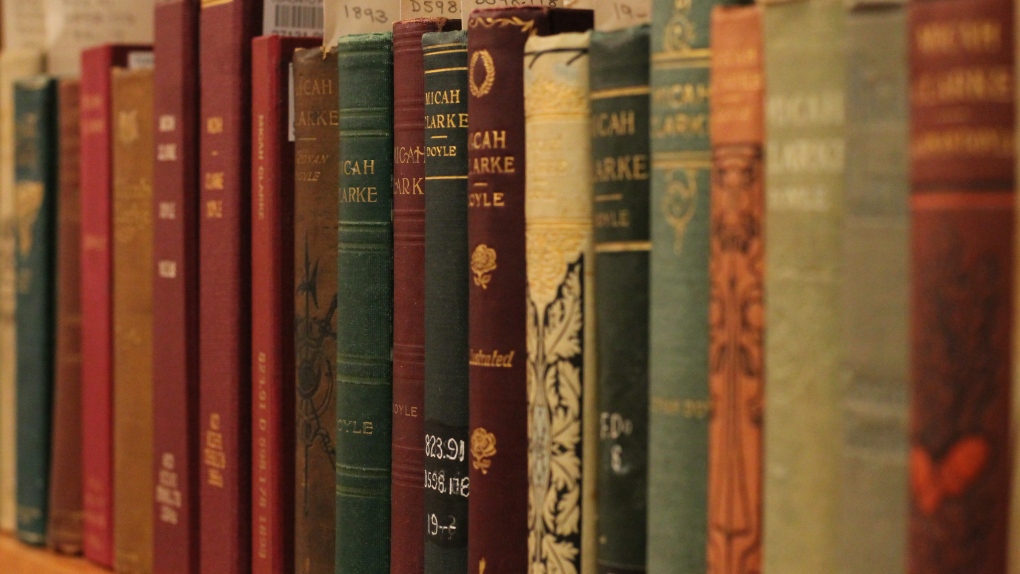 In the drawing, he depicts himself as an old horse pulling an overly loaded carriage containing all his major achievements in life, each represented by a word.

It includes his trip to Switzerland to care for his sick wife suffering from Tuberculosis, his participation in the Boer War as a doctor, his campaign to prove the innocence of a man wrongfully convicted, and, of course, Sherlock Holmes.

Despite Conan Doyle’s passing on July 7, 1930 due to another heart attack, Sherlock Holmes lived on through literature, academia and television. 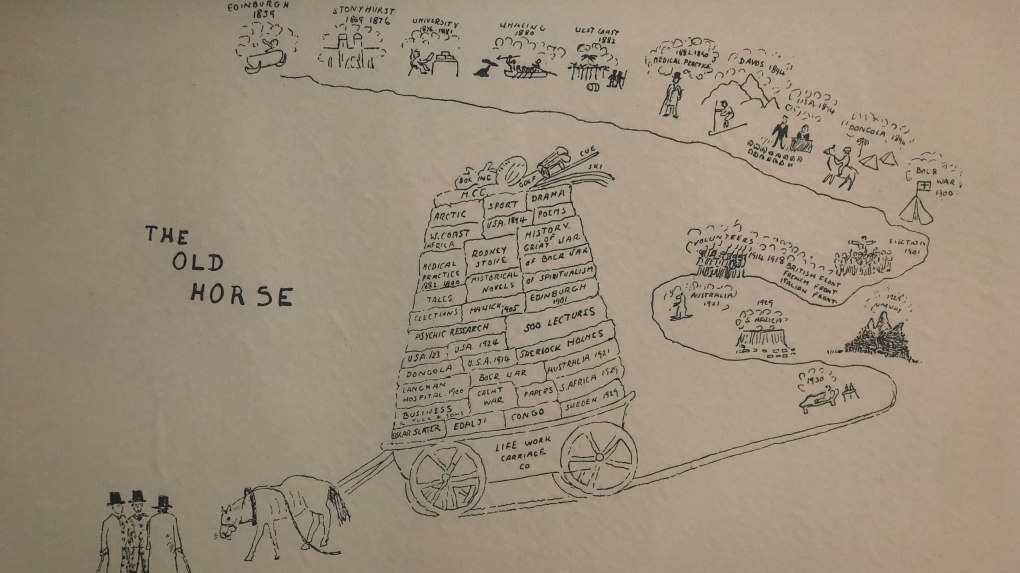 Arthur Conan Doyle drew this image, shortly after suffering from a heart attack, to depict his achievements. The drawing can be found at the Toronto Reference Library. (Miriam Katawazi/CTV News Toronto)

Thousands of people believed Holmes to be a real living person, and they would send mail to his fictitious address on 221B Baker Street.

When the Sherlock Holmes stories were initially published, there was no 221B Baker Street. The street was extended decades later and 221 Baker Street became home to a bank called the Abbey National Building Society.

In order to deal with the incessant correspondences to Holmes, the bank had to hire a full-time secretary to answer the hundreds of letters from desperate families looking for detective help. 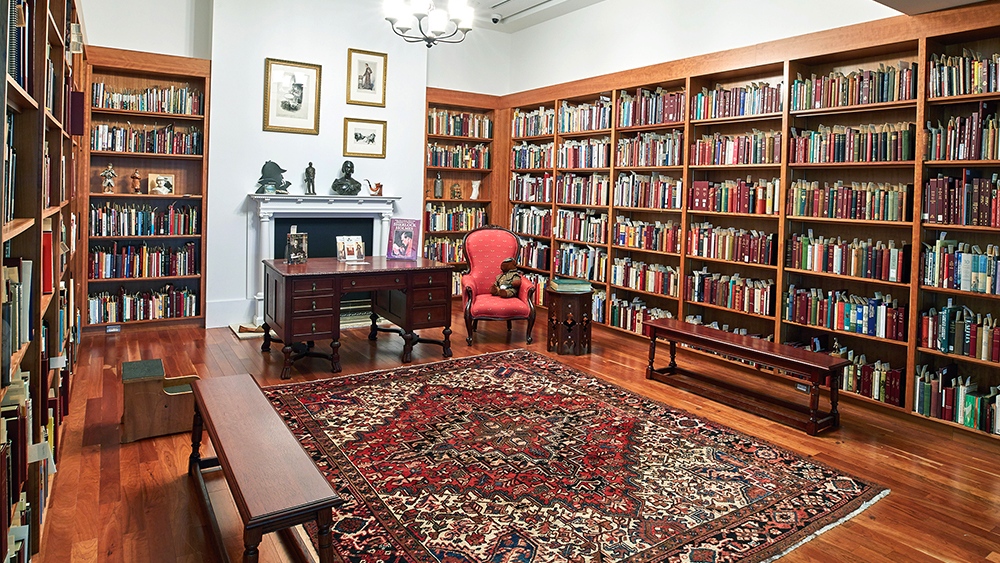 Some of the mail to both Doyle and Holmes could be found in the Toronto collection.

All the items in the Arthur Conan Doyle collection are open to the public. Visitors are allowed to peruse through the books and letters and read them at their own pace in the Sherlock Holmes’ study. 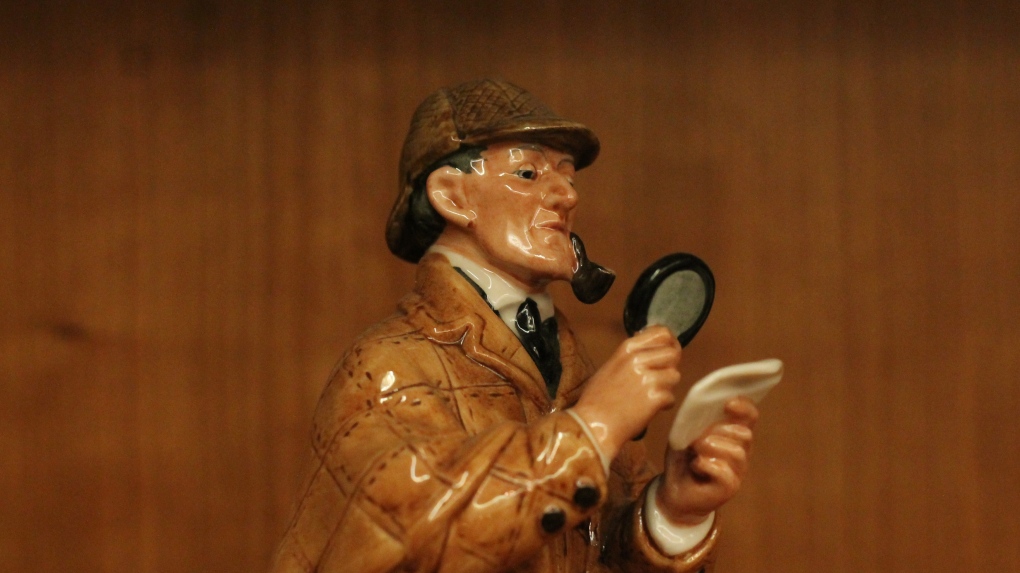 Toronto is home to some unusual and hidden treasures, and CTV News Toronto has launched a series to find and share some of them with our readers. Visit the website every Monday morning for new installments.