'Crying out loud for help': Toronto tenants fight back against insect-infested units with petition 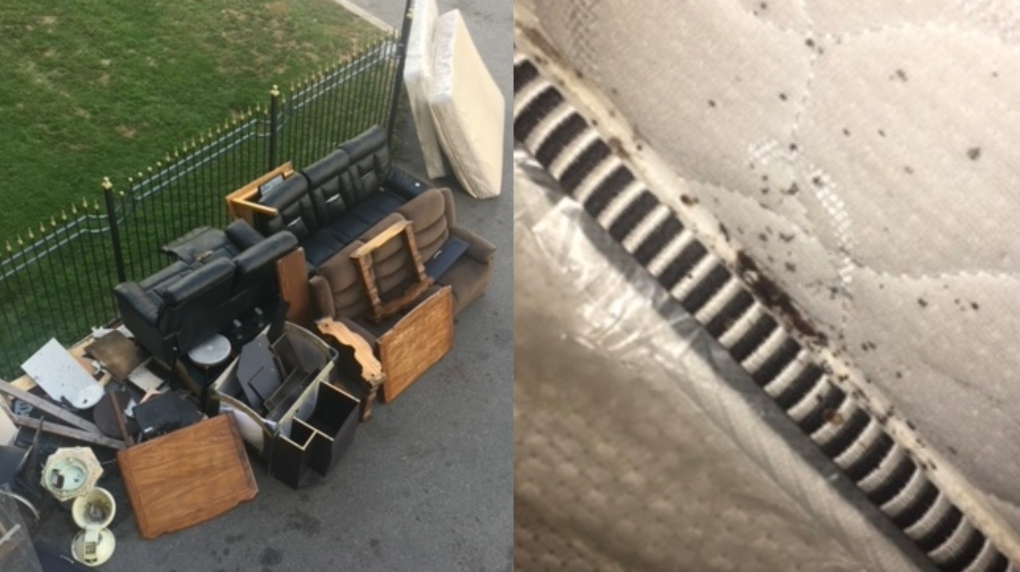 TORONTO -- Tenants of an east-end Toronto apartment complex are fed up with the conditions of the units they call home.

Yasmin Douale, resident of 3161 Eglinton Avenue East, says her apartment building is overrun with insects and rodents. It’s gotten to the point where tenants are having to get rid of their belongings, she says.

“We have to keep throwing furniture away due to bed bugs,” Douale told CTV News Toronto.

“There's a hole into the units from the common area where cockroaches come in and there are bed bugs coming from the tiles.” 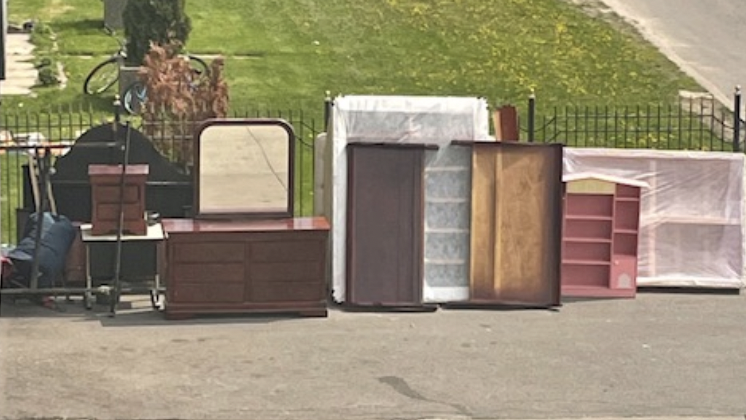 She also says the unit does not have reliable hydro services.

“There's no water into the unit. We’re barely able to have water running the sink,” she said.

She also added that a fallen tree, currently blocking the tenant’s driveway, has not been removed since May.

“There's a lot of neglect in the conduct of the complex,” Douale said​.

In February 2021, Douale went to the Ontario Landlord-Tenant Board (LTB) for a hearing over the conditions of the apartment.

“It was decided that tenants were to release the key to management so that repairs can take place in the unit and the landlord was ordered to take reasonable steps to address the issues," she said.

Within that meeting, Douale says her landlord also agreed to treat the rodent infestation on or before February 24, 2021.

Despite these requirements, Douale hasn’t seen any improvements in the conditions of her home.

CTV News Toronto reached out to property management company Best Rank Investments, which did not respond to multiple requests for comment.

In the spring, Douale says she was told by her management to book an exterminator, but says that when she did, a live sample of the insect was requested upon inspection, which she did not have.

“We don't keep [the dead insects.] That is not healthy. Right as we see them, we kill them,” she said.

Douale was at the end of her rope.

“It [became] too much and other tenants are crying out loud for help,” she said.

Although further contact with an exterminator has been made, Douale’s property management company has yet to treat any of the units for infestations.

That’s when Douale decided she would create a petition alongside her neighbours.

“I, myself and another tenant took a serious initiative to do this petition. I told them it is a time we [should] all come together as one and stand up for our rights as paying tenants,” she said.

“I told them if they wish for a better [future] for the building to sign. If you have children and wish to have a safe place for your kids to play, please sign.”

So far, she has collected signatures from over 35 units within the building.

On May 30, however, Douale was served an eviction notice.

The notice claimed there had been a complaint levelled against Douale, but she says she spoke to her neighbours, who all claim they did not file a report against her. She says she has not been informed of what the nature of the complaint is.

Her eviction hearing is scheduled for August 31.

Despite her home being put into jeopardy, Douale says she’s still prioritizing her and her neighbours’ wellbeing.

“Our main concern here as a tenant is, ‘Why are you not considered us?” she asked.

“We need help. We need this to be stopped. The whole building needs to be inspected.”