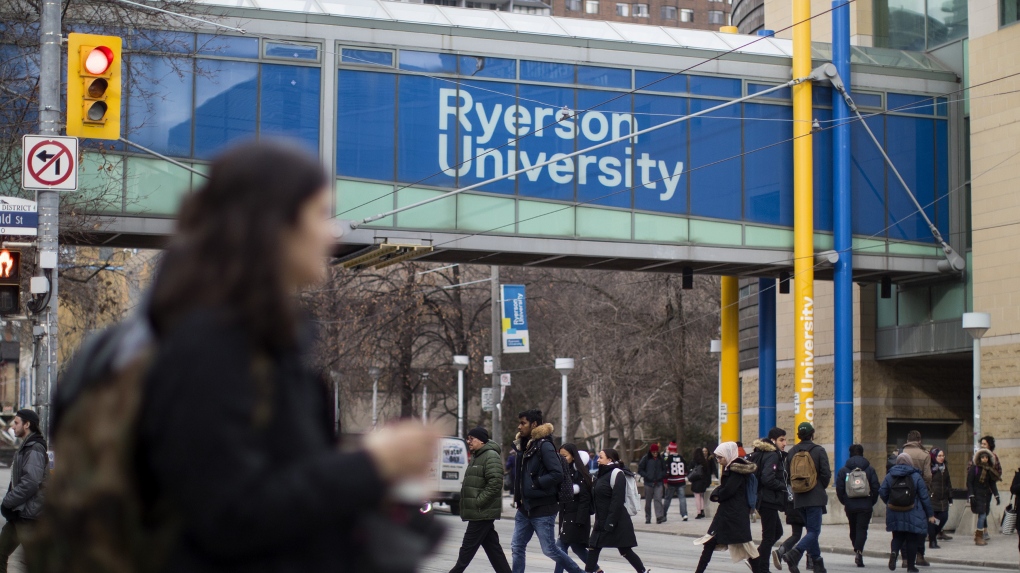 A general view of the Ryerson University campus in Toronto, is seen on Thursday, January 17, 2019. (THE CANADIAN PRESS/Chris Young)

A lawyer for Ontario students says a government change to how students pay certain fees threatens the autonomy of the province's colleges and universities.

The Progressive Conservative government has given post-secondary students the option to opt out of many non-essential fees.

The money from such fees is used to run student clubs, newspapers, food banks and other support programs.

The province maintains students should have a choice as to which campus services they support.

But a lawyer for students tells Divisional Court that the measure is largely political.

This report by The Canadian Press was first published Oct. 11, 2019.