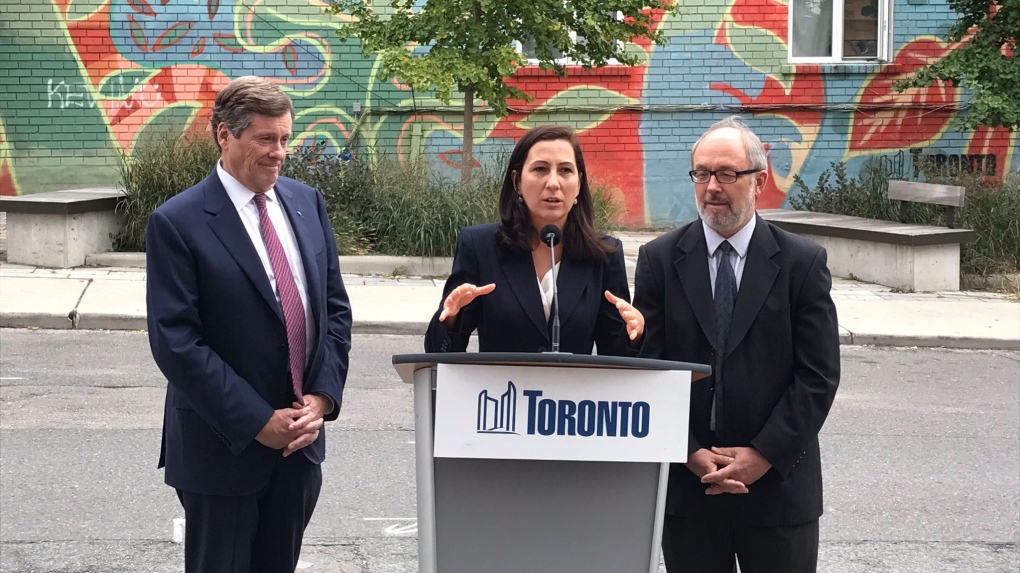 Davenport Coun. Ana Bailão has been appointed as one of Mayor Tory’s four deputy mayors, taking on a role that was previously held by the late Pam McConnell.

Tory made the announcement at the corner of Dundas Street and Sheridan Avenue on Thursday in the heart of the city’s Little Portugal neighbourhood, part of Bailão’s Ward 18 district.

Speaking with reporters following the announcement, Tory said that he is “proud” to have the opportunity to appoint a member of the city’s sizable Portuguese community to the role of deputy mayor, something that has not previously happened.

Bailão moved to Toronto from Portugal when she was 15-years-old and has often talked about her experience in the city as a new Canadian.

“It is not lost on me that the Portuguese community I don’t think has had a deputy mayor or mayor yet but now they do,” Tory said. “To have a daughter of their own community emerge as deputy mayor of city I hope it is a moment of great pride for them as it is for me.”

Bailão is the chair of the city’s affordable housing committee and will continue to hold that role in addition to her new responsibilities as deputy mayor.

She told reporters on Friday that she is “humbled” by the appointment and understands that she has “big shoes to fill” in replacing McConnell, who passed away in July at the age of 71.

“I feel privileged to have worked with her very closely particularly in the last few years and I definitely learned a lot from her,” Bailão said of McConnell. “Today I think she would look at me and say, ‘Proud of you sister.’ That’s exactly what she would have said.”

In addition to appointing Bailão as his new deputy mayor on Friday, Tory also named Coun. Joe Mihevc as the city’s new poverty advocate. That role was also held by McConnell up until her death.

Tory has four deputy mayors, each representing a geographic part of the city.