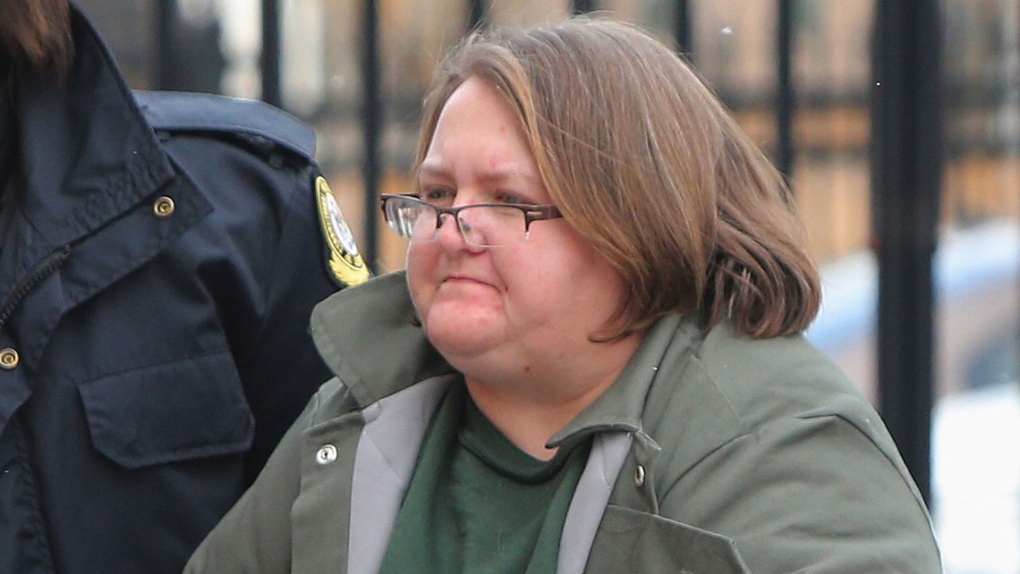 Elizabeth Wettlaufer is escorted into the courthouse in Woodstock, Ont. on Jan. 13. (Dave Chidley/The Canadian Press)

A coroner who failed to find anything suspicious about the deaths of two people killed by an Ontario nurse told a public inquiry Wednesday that he never considered the possibility that a caregiver in a long-term care facility would deliberately harm their patients.

Dr. William George, who declined to investigate the death of one of Elizabeth Wettlaufer's victims and deemed the passing of another accidental, said he regarded long-term care homes as safe places where purposeful attacks would not occur.

The long-time coroner for the Woodstock, Ont., area had praise for the Caressant Care home where Wettlaufer worked for years and deliberately injected numerous patients with insulin. The former nurse ultimately pleaded guilty to eight counts of first-degree murder, four counts of attempted murder and two counts of aggravated assault in a string of incidents that started in 2007.

During his testimony at the public inquiry examining Wettalufer's actions, George admitted that he failed to complete mandatory forms or retain notes required by the office regulating the province's death investigations.

"I've had patients there on a regular basis and never had any concerns," George said of people living at Caressant.

Upon questioning from lawyers at the inquiry, George conceded that this view was a general belief that applied to all long-term care homes.

George, a family practitioner with hospital privileges who has worked as a coroner since 2004, came to the inquiry's attention weeks ago when nursing home staff testified about the death of Maureen Pickering.

The 79-year-old experienced a sudden, abrupt drop in her blood sugar levels days before her death in 2014, which prompted a visit to a local hospital. Doctors flagged the drop in blood sugar as suspicious and urged the family to call the coroner if Pickering were to die.

A nurse at the Caressant Care home previously told the inquiry that she heeded this advice, only to be told that the coroner did not believe Pickering's death warranted an investigation.

During Wednesday's testimony, George said he did not have specific recollections of Pickering's case. Nor did he maintain notes on why he declined to investigate, contrary to a mandate from the Chief Coroner's office.

But he said based on the information available at the time, he still would have reached the same conclusion.

The drop in Pickering's blood sugar would have been attributed to a medication error that did not contribute to her death, he said. The fact that Pickering was elderly and receiving palliative care would have been enough to assure him that her death was not "sudden or unexpected," a common threshold for many coroner's inquiries, he said.

George said he tended to take a similar view of most deaths that took place in long-term care facilities, particularly when patients are elderly.

"I'm not sure that the term sudden and unexpected in a nursing home is entirely appropriate," he said. "I think a death can be sudden, but it can be foreseeable or expected. many of these unfortunate people have lots of co-morbid conditions ... that's the whole reason they're in a nursing home."

George did conduct an investigation into the death of 84-year-old James Silcox, Wettlaufer's first murder victim, who died in August 2007. The investigation was triggered by the fact that Silcox, who had dementia and previously spent months in hospital, suffered a fall while at the nursing home.

Wettlaufer herself filled out a form flagging Silcox's death as sudden and unexpected as well as accidental, the inquiry heard.

George said he ruled the death to be accidental and named the fall as the cause. He said he would likely reach the same conclusion if presented with the same information today.

George's notes suggest he spoke with family members about Silcox's death and that no one raised any concerns.

Lawyers at the inquiry, however, indicate that one of Silcox's daughters is expected to take the stand to refute that claim.

His daughter is expected to tell the inquiry that George never spoke to the family at the time of Silcox's death, as well as that he was "dismissive" when they called to follow up several weeks later. George denied the allegation.

"I would never be dismissive," he said. "I have great respect for the dead and their families."