TORONTO -- Family members comforted one another outside the home of 58-year-old Ava Burton and her 85-year-old mother, Tatilda Noble, on Monday. The pair have been missing since Thursday afternoon.

It’s been five days since the Whitby, Ont. women disappeared, and loved ones visiting the scene were visibly upset.

Speaking briefly off camera, one family member described Burton as a God-loving woman. A long-time friend and pastor described the family as peaceful and loving.

As days go by with no sign of Burton or Noble, neighbours are also grappling with what may have happened.

“You always hope for the best, but I don’t know. You start to think after four or five days, you kind of start to think the worst,” said Bob Lewicki, who told CTV News Toronto he would pass the women while they were out in the garden. 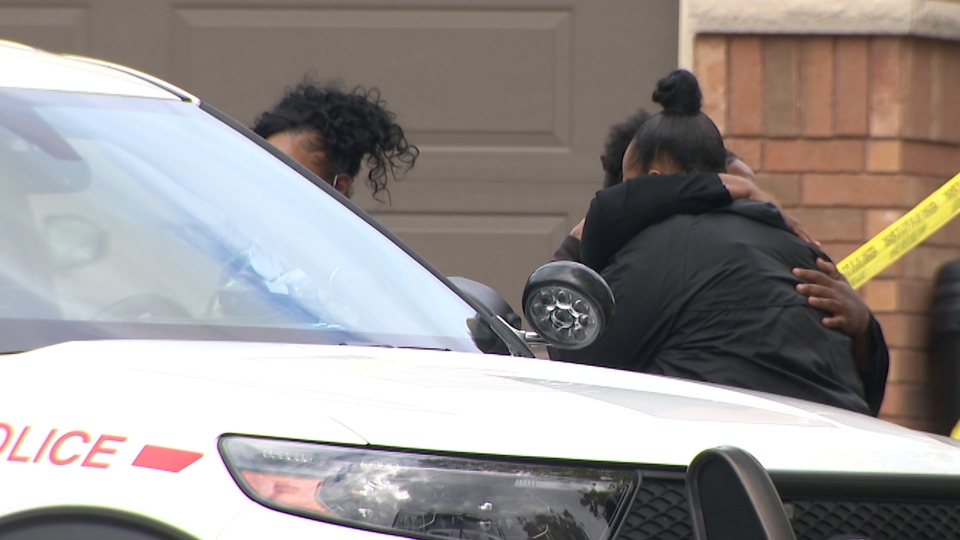 Durham Regional Police are still searching for the women and are keeping the property ‘secure’.

Police arrived at the house just metres from the border with Oshawa Thursday afternoon after a call from a concerned family member.

Family members told CTV News Toronto Burton lives at the home with her son and her mother.

Officers said they found evidence of something ‘suspicious’ in the home on Friday, but no additional information about the discovery has been released.

Investigators have since continued their efforts by going to door-to-door looking for information related to the disappearance.

“As time goes on, it is more frustrating for investigators and concerning and we want to make sure they are found and we are appealing to any witnesses, family members, friends, anyone that would have information.”

Police say they are now reviewing surveillance video — some of it taken from Iris Carson’s house.

The neighbour says her footage shows cars and people going by, nothing out of the ordinary, unlike the police presence on her street.

“This is a pretty quiet neighbourhood. Nothing really happens here,” said Carson from her doorstep.