TORONTO -- Investigators say that a three-alarm blaze at a vacant downtown building that left two firefighters seriously injured on Saturday is believed to have been caused by arson.

Crews were called to an abandoned house near Jarvis and Shuter streets around 2 a.m. after receiving reports of a fire.

Deputy Fire Chief Jim Jessop told reporters at the scene that while crews were battling the blaze, two firefighters who were attempting to ventilate the building fell from the roof.

“They were... trying to cut holes in the roof to release the hot gases and smoke, which is normal practice for any fire,” Jessop said. “But there was a significant volume of smoke and the firefighters thought they were stepping off onto a ledge and unfortunately there was no ledge. They ended up falling down well over three storeys.”

Both were transported to St. Michael’s Hospital by paramedics. 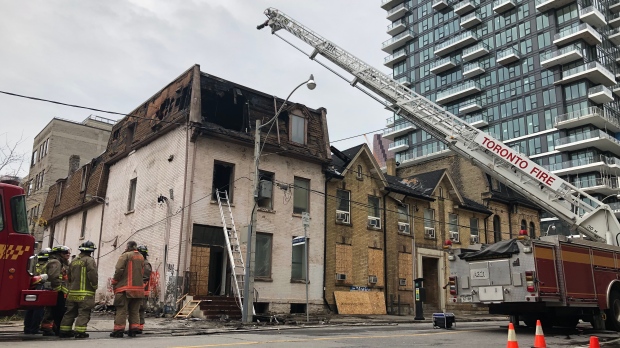 Firefighter Terry Leimonis suffered a broken leg as a result of the fall and was later released from the hospital.

“His breathing has greatly improved and he is talking,” Ramagnano said in a statement on Nov. 5. “He will be downgraded within the intensive care unit in the next day or two and hopefully moved to a recovery room within the next week as his condition improves and beds become available.”

Ramagnano said Thursday that Warren has been visited by many friends and family.

"He's telling them 'don't worry I'll be back to work soon,' and that's great considering the condition on Saturday, but again, these are little baby steps," he said.

On Thursday, the Fire Marshall’s Office said that the fire was caused by arson.

Investigators have released a composite image of a man seen leaving the building in hopes that a member of the public will be able to identify him. 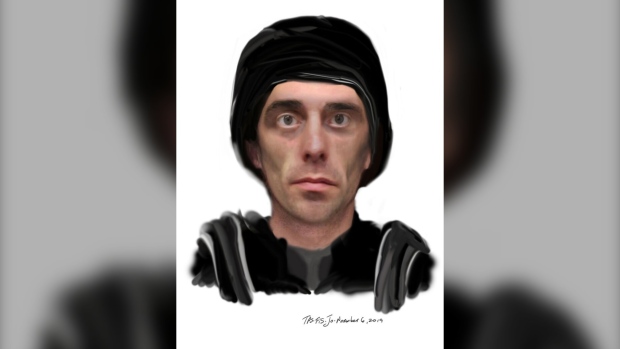 Over the weekend, Toronto Mayor John Tory said that the city will be looking at improving safety at sites of vacant buildings.

"We cannot have our firefighters, and police officers, and other first responders put at risk by these buildings being too accessible. So I’m going to take that back to city hall on Monday and we’ll see what we can do to make things better."

Anyone with information is being asked to contact police at 416-808-5100 or reach out to Crime Stoppers anonymously.