In an effort to increase safety and minimize commuter slowdowns, Metrolinx is bringing in three dogs to sniff out suspicious packages at Union Station.

"We can respond on scene at Union and speed up the response and any delays that may occur from packages deemed suspicious," Transit Safety Officer Brenton Hoffman told CTV News Toronto on Thursday.

In the past, Toronto Police Service's detection canines were called in for suspicious materials but this often resulted in significant delays as areas of Union Station need to be closed while waiting for police.

"We're going to be right here to either escalate to Toronto police or we can deem it safe and move on," Hoffman said.

Before they officially start work, the three canines are going through a 12-week training course provided by police. Each dog is paired with a Metrolinx transit safety officer and will be acclimatized to crowds and noise, while being taught to identify dangerous materials simply by smell. 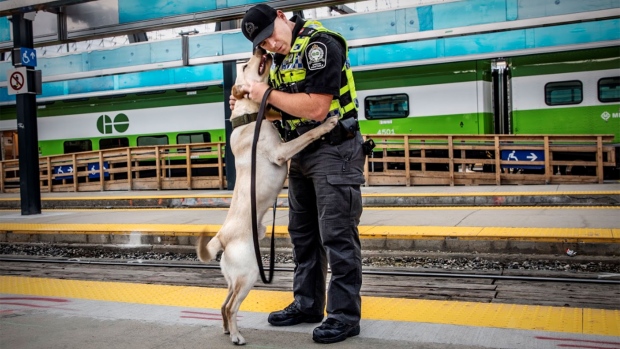 Making his way through the crowd with his tail wagging, Dash seems to enjoy his work. Commuters also seem to enjoy Dash, Hoffman said. 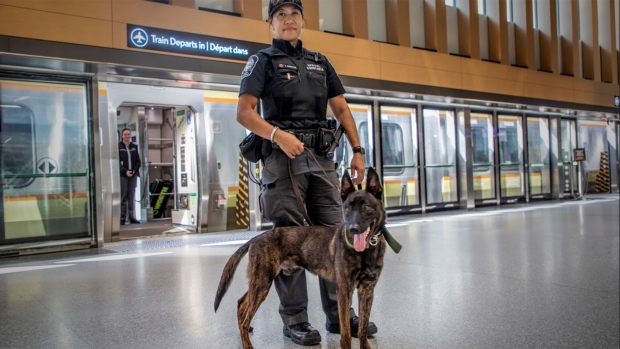 "He's a lovable dog, everyone wants to pet him and with his 'Do Not Pet' vest and myself being in uniform it helps fend off some of those people but I still have to remind people he’s here to work."