Commuters will soon see dogs on duty at Union Station 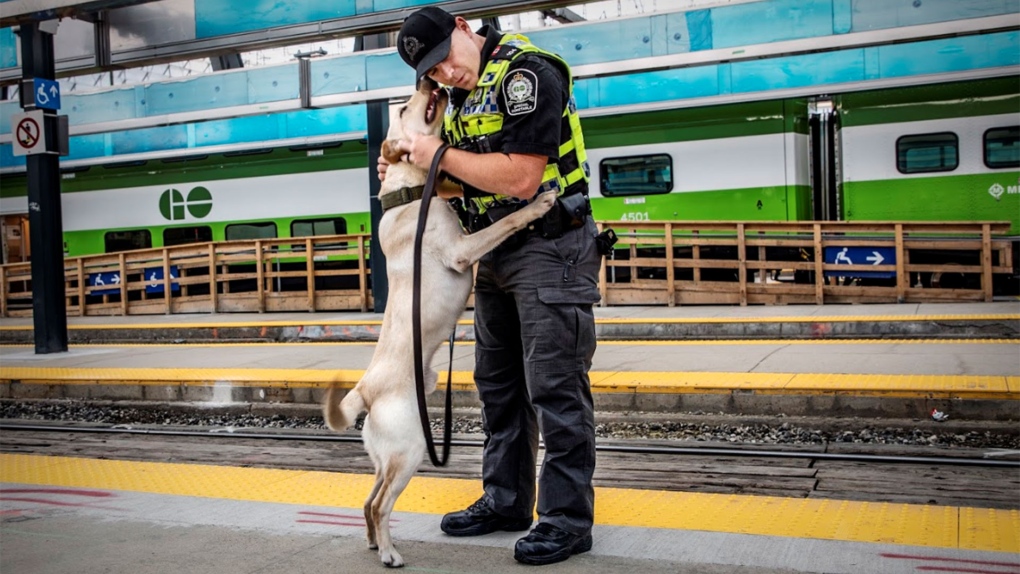 Dogs on duty are coming to Toronto’s Union Station.

Metrolinx is introducing its own canine unit, aimed at increasing its security presence on trains, platforms and other areas throughout the station.

According to the transit agency’s director of safety, Bill Grodzinski, “it’s a very visible, obvious presence of the dog that sends the message that we’re taking safety seriously.”

Metrolinx said it hopes to have three dogs on patrol by September after they are trained to provincial standards with help from the Toronto Police Service.

The detector dogs will be trained to sniff out explosives, with their targets being unattended bags or luggage.

The dogs will also be used to conduct security sweeps of the busy transit hub, including its platforms and trains, much faster than a human security officer could do.

Two dogs are ready for service, but a third dog did not pass the rigorous training required to work in an area that hundreds of thousands of people pass through every day.

“The dogs have to have an aptitude for very large crowds, lots of noise when they’re working on a platform with trains, it’s a daunting environment for anybody,” Grodzinski said.

The dogs joining the Metrolinx’s canine unit will reside with their handlers when not on the job – but they will not be treated like family pets.

As for interacting with dog-loving travellers, the transit agency said it is advising commuters to look at the dogs, but do not touch.