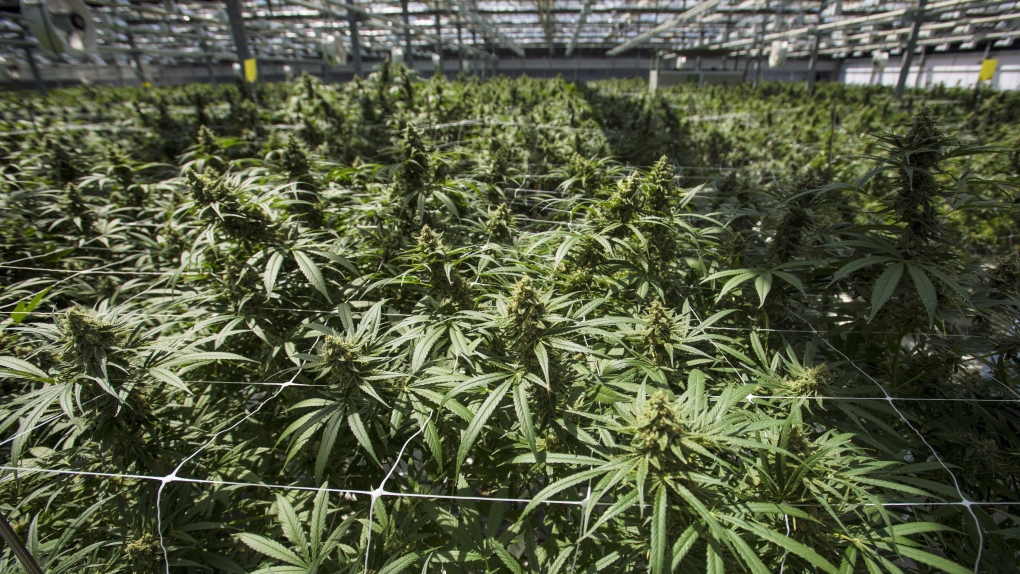 Mature cannabis plants are photographed at the CannTrust Niagara Greenhouse Facility during the grand opening event in Fenwick, Ont., on June 26, 2018. THE CANADIAN PRESS/Tijana Martin

TORONTO -- Three former executives of CannTrust Holdings Inc. accused of securities charges related to an unlicensed growing scandal had their case remanded by an Ontario court until September.

Aceto, Paul and Litwin, who each face charges of fraud, making false or misleading statements and authorizing, permitting or acquiescing in the commission of an offence, were scheduled to have a first appearance at the Old City Hall court on Monday.

Litwin and Paul are also facing insider trading charges and Litwin and Aceto are charged with making a false prospectus and false preliminary prospectus.

The quasi-criminal charges were announced in June by the Ontario Securities Commission, roughly three years after CannTrust was found to be growing thousands of kilograms of cannabis in unlicensed rooms.

The OSC and Royal Canadian Mounted Police have claimed the accused did not disclose to investors that about 50 per cent of the growing space at CannTrust's Pelham, Ont. facility was not licensed by Health Canada and that they allegedly used corporate disclosures to assert that they were compliant with regulatory approvals.

They also allege that Litwin and Aceto signed off on prospectuses used to raise money in the U.S., which stated that CannTrust was fully licensed and compliant with regulatory requirements, and that Litwin and Paul traded shares of CannTrust while in possession of material, undisclosed information regarding the unlicensed growing.

Aceto was terminated for cause by CannTrust's board in July 2019, Paul resigned in response to a demand from the company's board at the same time and Litwin resigned in March 2021.

Dihim Emami, counsel for the Ontario Securities Commission, told the court Monday that a remand was being sought following discussions between himself and the accused's' lawyers.

"We have received initial disclosure in this matter and received it in a more accessible format just this past Friday," said Gerald Chan, a lawyer representing Paul.

"It's fairly voluminous and so we are going to need some time to digest what's been provided and for this reason, agreed with our friends to put this over to Sept. 20."

Anyone convicted of an Ontario Securities Act violation can be sentenced to up to five years in jail, issued a fine of up to $5 million, or both.

Litwin's lawyer Scott Fenton has said his client will "vigorously dispute" the charges because he "knows that at all times he fully complied with his legal obligations, including those under the Securities Act."

This report by The Canadian Press was first published July 26, 2021