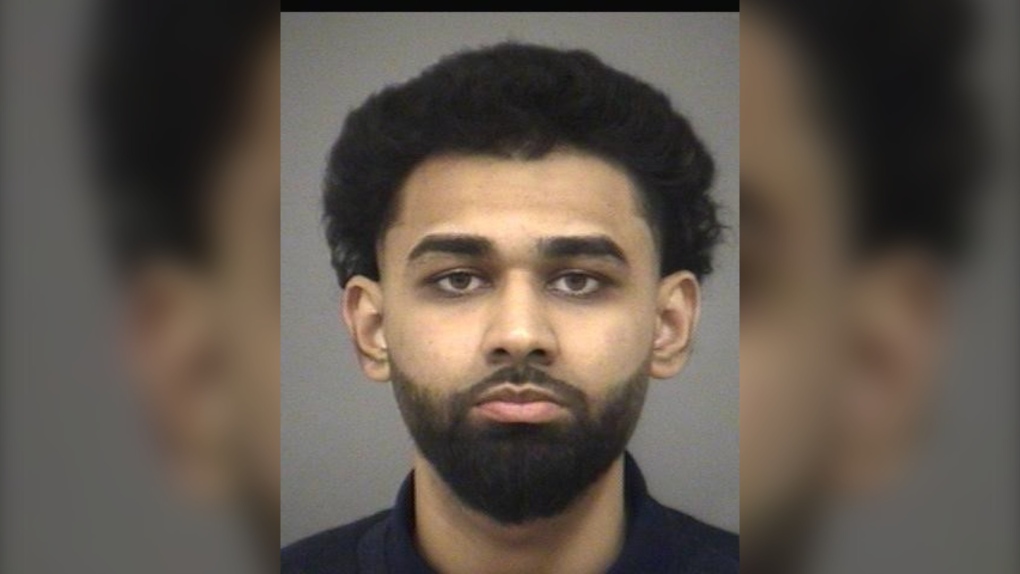 Peel police have arrested and charged a Brampton man after locating a young girl who they say he was allegedly trafficking.

A news release issued Thursday states that investigators attended a local hotel in Mississauga in early May where they found an underage girl being trafficked within the sex trade.

According to police, the suspect was exercising control over aspects of the victim’s life while profiting financially.

On May 18, 21-year-old Muhammad Shayan Haque was arrested and charged with one count of a householder permitting prohibited sexual activity and one count of exercising control, direction or influence.

He was held for a bail hearing and attended court on May 18. The charges have not been proven in court.

Investigators say they believe there may be additional victims, particularly in the Cambridge and Hamilton area, and are urging anyone with information to contact them at 905-453-2121, extension 3555.