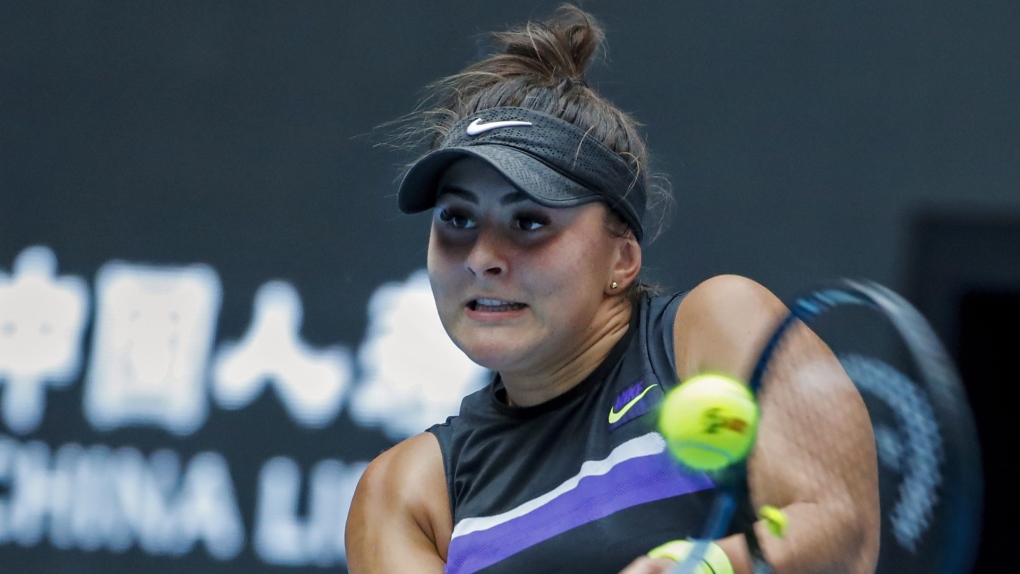 Bianca Andreescu of Canada hits a return shot against Elise Mertens of Belgium during their second round of the women's singles match in the China Open tennis tournament at the Diamond Court in Beijing, Wednesday, Oct. 2, 2019. (AP Photo/Andy Wong)

BEIJING -- Canada's Bianca Andreescu has won her 17th match in a row.

The world No. 6 from Mississauga, Ont., downed American Jennifer Brady 6-1, 6-3 in the third round of the China Open today.

The win sets up a showdown between Andreescu, 19, and world No. 4 Naomi Osaka of Japan in the quarterfinals.

The two have combined to win the last three Grand Slams on hard-courts -- Andreescu captured this year's U.S. Open last month, while Osaka took the 2019 Australian Open and 2018 U.S. Open.

Osaka has not lost any of her 14 sets during the current Asian swing, highlighted by a tournament win last week in Osaka, Japan.

This report by The Canadian Press was first published Oct. 3, 2019.