TORONTO -- Airbnb has announced that it will no longer allow young Canadians to book entire homes in their community after three young men were killed in a shooting at a downtown Toronto party at one of their listings.

The short-term rental company announced at a news conference Wednesday that Canada will be the first country in the world to undergo the pilot project in order to curb unauthorized parties and gun violence.

“Our policy is informed by our research … this is Canadian specific because we are using the data based on information of what is going on here in Canada,” Chris Lehane, head of Airbnb global policy, told reporters.

The new rules mean that people under the age of 25 will no longer be able to rent an entire home, in which there is no host present, if it is located within a “specific radius” of the community in which the guest is living in.

“As it relates to Canada, our research has shown that those incidents that involve unauthorized parties do significantly, over index, [happen] with people under the age of 25, doing unhosted stays within the community that they live in,” he said.

Lehane said he cannot disclose what that radius is, but did say that it’s not limited by the municipal boundaries that a person may be living in, and relies on user-provided information and "user verification systems."

“We don’t want that information out there because we don’t want to make it really easy for someone to potentially be able to circumvent it,” he said. “We are not going to be infallible.”

The decision was announced following the deaths of three young men killed at a shooting at a party inside a downtown Toronto condo Friday night that was being rented through Airbnb.

Lehane told reporters that the company felt it was time to take responsibility and listen to their data. 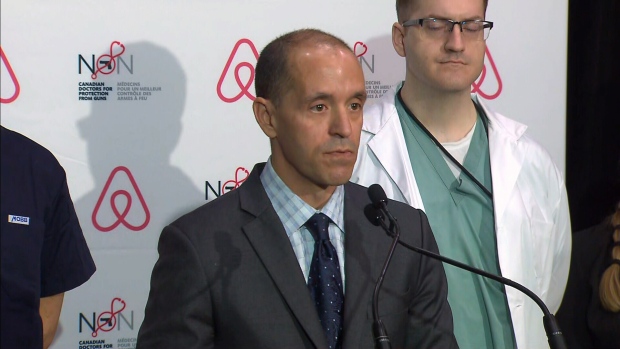 “For us, it’s not simply good enough to say we’re merely a reflection of a larger societal challenge,” he said. “For us, it’s incredibly important that we take responsibility, and do everything we can to make sure people are conducting themselves in an appropriate and safe way.”

Friday night’s shooting wasn’t the first time in Toronto where violence has taken place at a short-term rental unit.

In August, a man was shot at a luxury Airbnb property in the Bridle Path neighbourhood. In January 2019, police investigated a shooting at a short term rental in the same building where Friday night’s triple homicide took place.

Lehane did tell reporters that there is some leeway for guests with a good track record. A person, who is a guest under the age of 25, has had three stays on the platform, and has received positive reviews, will be able to continue to access the platform as usual, he said.

“What we invision this policy will accomplish … is creating increased friction for people looking to make those types of reservations,” he said.

“Canada and the U.S. are two places where this has been an issue people are grappling with … there have been some challenges with gun violence and safety in this country.”

Late last year, Airbnb announced a ban on so-called "party houses" after five people were killed at a Halloween party at a rental in Orinda, Calif., that was listed on its site. The ban prohibited "open-invite" parties in which organizers open up the home to anyone who wants to attend, for instance by advertising on social media.

Airbnb also stated that starting Monday it will launch a neighbour support tool, allowing people around a rental to contact an Airbnb team member for complaints or reports of issues. 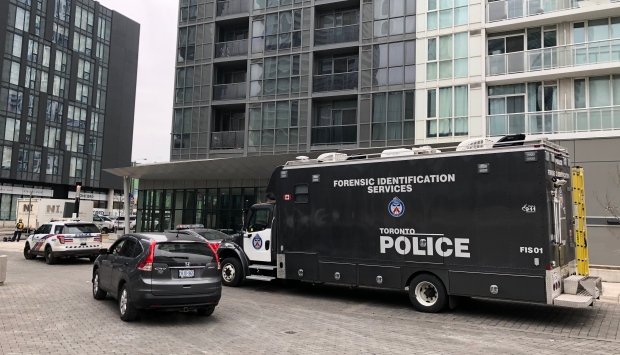 The company also announced that it will donate $300,000 to Canadian Doctors for Protection from Guns over the course of three years. It's to go towards "initiatives focused on raising awareness about protection from guns and keeping communities safe."

In 2017, the city passed regulations that would limit short-term rentals to principal residences in Toronto, but the regulations can't be enforced because they are being appealed.

Following the announcement Wednesday, Toronto Mayor John Tory released a statement asking companies like Airbnb to start complying with regulations before the city is able to impose the regulations in the coming months.

"We have put in place regulations for companies like Airbnb to crack down on dangerous behaviour and keep neighbourhoods safe … This would represent a significant commitment to helping keep our city safe,” he said.

-- With files from the Canadian Press