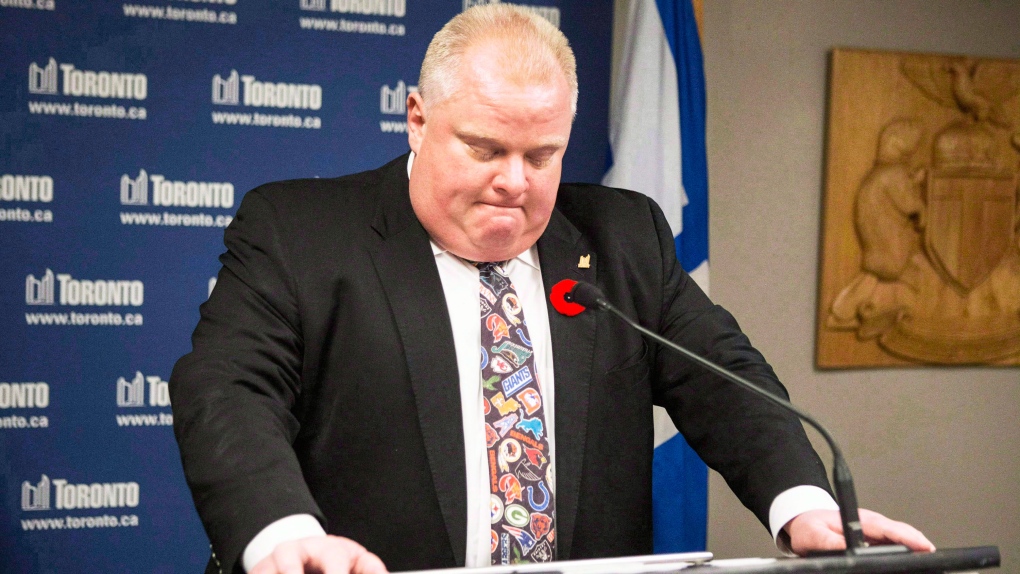 TORONTO -- One of three new Etobicoke streets will not be named after the late Rob Ford at the request of the former Toronto mayor’s family.

Back in August, the City of Toronto made an appeal online for residents to “help make history” by voting from a list of 10 potential street names for three new streets being built as part of the “Six Points Interchange” in the redevelopment of Etobicoke Centre, located just north of Kipling subway station.

Ford, who served three terms as city councillor for Ward 2 Etobicoke North and served as mayor of Toronto from 2010-2014, was one of the names listed in the 10 options for the three roadways. The controversial politician died in 2016 at the age of 46 after he was diagnosed with a rare and aggressive cancer. 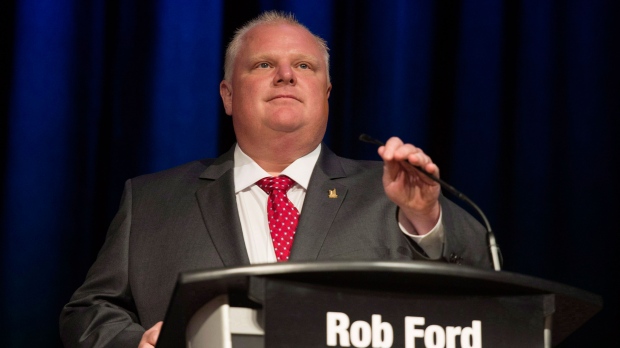 The results of the public consultation were released in a city staff report on Wednesday morning. The report states that Ford’s name was removed from consideration due to a request made by the family.

“During the public rating period, the Ford family requested that Rob Ford’s name be removed from consideration,” the report reads. “Staff complied with the request removing the name for final consideration.”

A statement issued by the City of Toronto on behalf of city councillor Michael Ford states that the Ford family was “humbled” by the gesture, but “does not believe it is a fitting commemoration.”

“The family will continue to look for ways to honour Rob’s commitment and decision to the people he so lovingly served.”

This was not the first time the city had considered naming something after Ford.

In 2017, Toronto city council voted against renaming the stadium at Centennial Park after Ford. At the time, Mayor John Tory agreed to recommend the renaming at the request of the Ford family, but acknowledged that the late former mayor made comments during his time in office that were “hurtful and disrespectful to some.”

The three names for the new streets in Etobicoke have now been put forward as a recommendation to the Etobicoke York Community Council for approval.

Adobigok Pathway, Biindagen Trail and Jerry Howarth Drive were selected following city officials compiling the results of the public ratings and determining that 40,736 online forms were submitted regarding the matter. Adobigok means where the alders grow and Biindagen means “enter,” “come in,” or “welcome.” Howarth was a long-time resident of Etobicoke and the voice of the Toronto Blue Jays for 36 years. 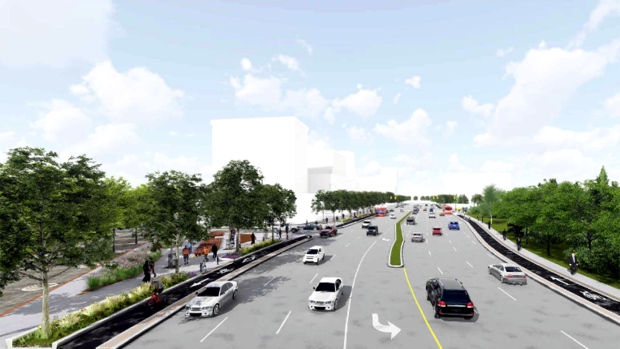 The number of online forms taken into consideration by officials was later cut nearly in half following a review that included the removal of duplicate entries and responses made from outside the city of Toronto. This process reduced the number of responses to 25,888, the report said.

During the public consultation, the choice of naming one the streets after Dr. Judith Pilowsky, a prominent criminal psychologist who helped thousands of Etobicoke residents, was also dropped. Officials said this was due to a decision made by the College of Psychologists of Ontario Discipline Committee in July of this year.

The remaining five names have been shortlisted and will be provided to CreateTO for consideration in naming future streets as part of the Etobicoke Centre redevelopment.

The redesign of the area will feature a “new road network and at-grade intersection at Dundas Street, Bloor Street and Kipling Avenue,” the city said this past summer. As well, it will feature improved pedestrian facilities, improved access to Kipling Station and separated bike lanes on all the major streets in the area. 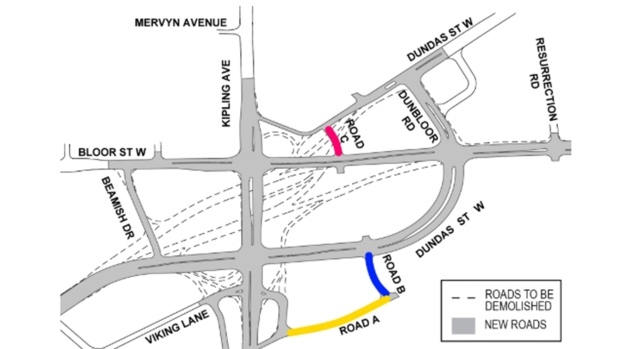 Parkettes, public art installations and a district energy plan will also be installed in the perimeters.

[View the city's renderings for the area here]

In the report issued on Wednesday, officials stated that the cost to install the street name signage totals about $1,500 and is included in the 2019 operating budget approved by the Transportation Services Division.

The item will be considered by the Etobicoke council on Dec. 3.

Construction in the area is ongoing.