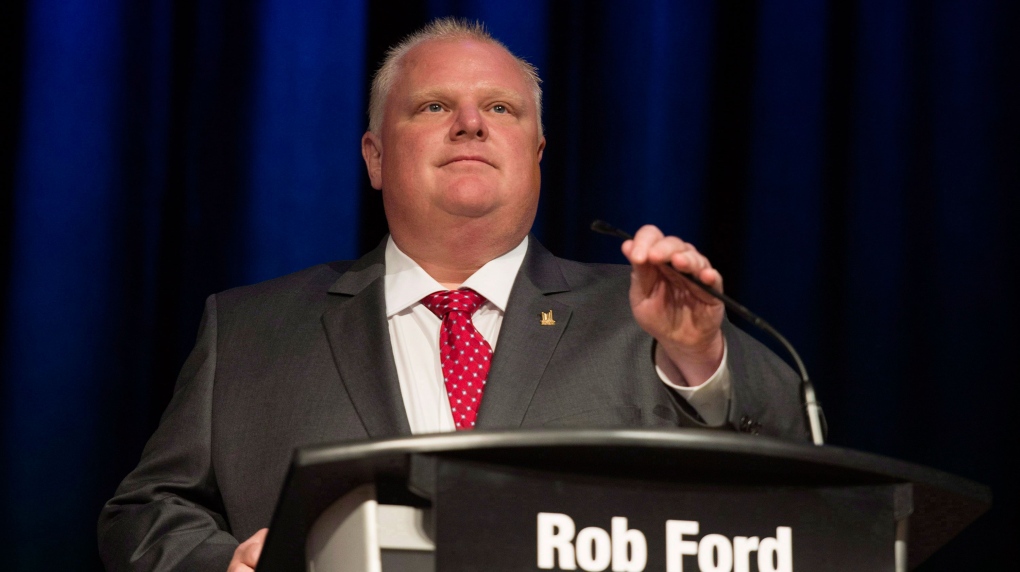 Mayor Rob Ford is pictured in Toronto on July 15, 2014. (The Canadian Press/Darren Calabrese)

Mayor John Tory says renaming the stadium at Centennial Park after the late Rob Ford is “fitting” given the late politician’s “passion” for the game of football.

In a letter to fellow councillors on Wednesday, Tory recommended that the Etobicoke stadium be renamed the ‘Rob Ford Memorial Stadium’ and said if approved, the cost of new signage would come from the city’s approved Parks, Forestry and Recreation budget.

“Councillor Ford’s community involvement went well behind politics. He was passionate about the game of football and founded the Newtonbrook North Stars football team in 1999,” the mayor’s letter read.

Ford, a former Toronto mayor and Etobicoke North city councillor, died in March 2016 at the age of 46 after battling a rare and aggressive form of soft tissue cancer.

The suggestion to rename the stadium first came from Doug Ford, the brother of the long-time Toronto politician.

In March, Doug Ford, who recently announced he will be challenging Tory for the mayor’s seat again in 2018, told CP24 he would like to see the stadium renamed in his brother’s honour and added that he was disappointed Tory had not reached out to his family to discuss a memorial.

In the letter, Tory said renaming the stadium seemed appropriate given Ford’s “many years of work in football programs in Etobicoke.”

“The Ford family, and the local councillor have been consulted and agree with the change.” Tory said.

The mayor also suggested that the city should “convene a panel of interested councillors” to discuss how best to honour Ward 44 Coun. Ron Moeser and Ward 28 Coun. Pam McConnell, who both passed away earlier this year.