A recent visit to the Canadian National Exhibition’s over-the-top food hall left much to be desired for one guest.

In a post to Reddit that has since acquired hundreds of comments, the user KvotheG displayed a picture of his lacklustre “sausage on a bun” for the world to see.

“Nobody likes being served a bland sausage. So now this is a hilarious moment in my life,” KvotheG told CTV News Toronto.

In addition to the condiment-less $5.99 plus tax “sausage on a bun,” KvotheG said he also ordered 4 pierogies and a cabbage roll because it’s “very hard to make bad pierogies.”

He said all of his selections seemed like “safe options” at the time. 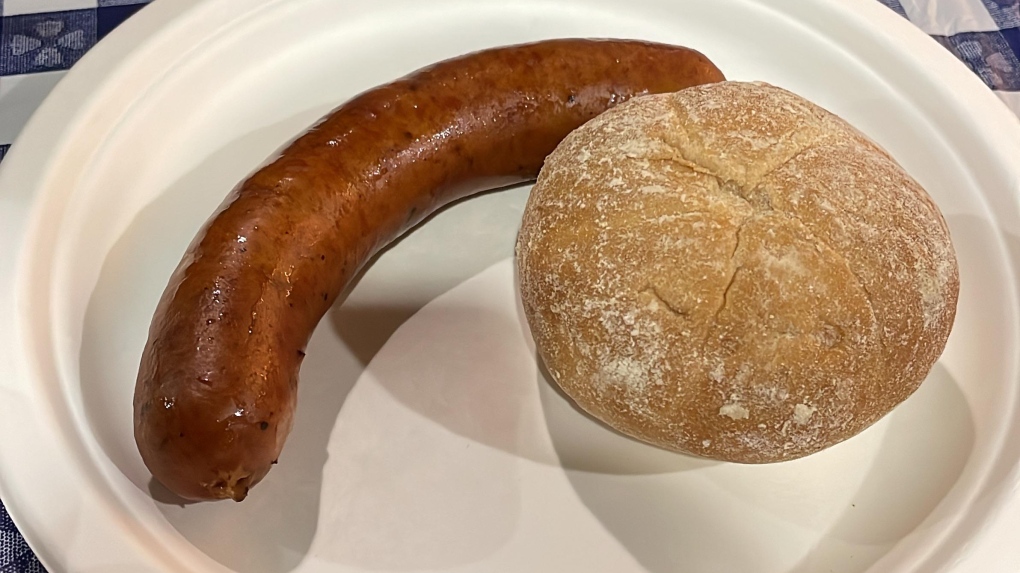 A "sausage on a bun" ordered from the CNE food hall is seen in this image. (Reddit.com/KvotheG)

“The pierogies were not very good…The cabbage roll was mushy and not very tasty. Since my sausage and dinner roll had no condiments, it was not very tasty at all, but, it was also the best item in my order.”

The post has since racked up some 386 comments -- many of which are jokes, including one that reads “some assembly required.”

Food has become one of the biggest draws at the CNE in recent years, with this year’s event showcasing items like Krispy Kreme pulled pork sandwiches, flaming hot Cheetos smash burgers, and foot-long tacos, to name a few.

So while it’s unfortunate that the “sausage on a bun” failed to live up to those high standards, KvotheG said the experience has become a teachable moment.

“I learned that this is apparently how a sausage is served in European countries. A sausage with a bun, but usually it comes with other goodies on your plate, like sauerkraut,” he said.

“Perhaps I'm not as worldly as I thought I was and I should be more understanding.”

The CNE runs until Sept. 5