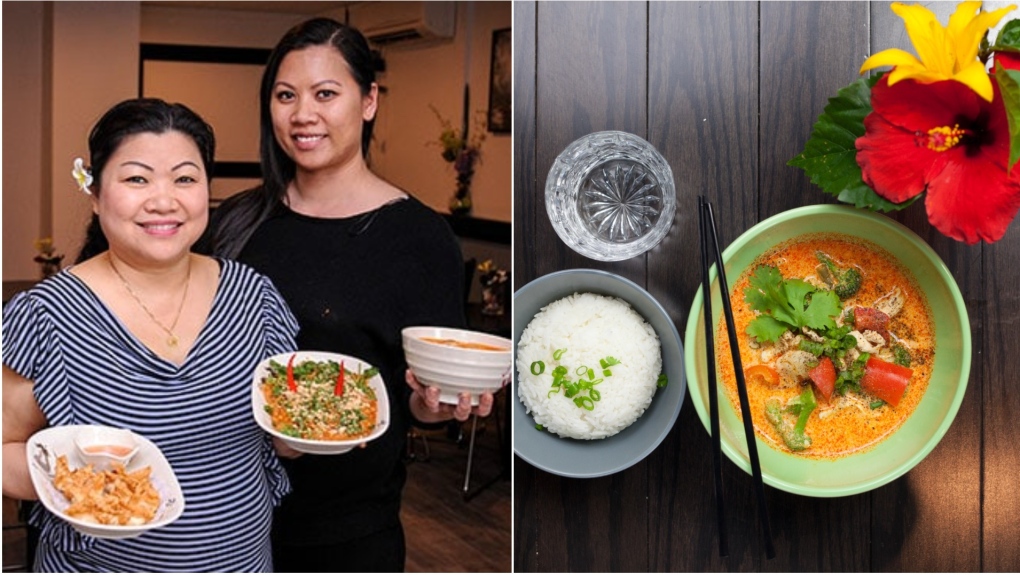 Lits Kong stands with her mother in Lao Thai in Toronto, located on Gladstone Avenue, near Queen and Dufferin. (Supplied).

TORONTO -- In Grade 10, Lits Kong won a financial grant that led to her family opening a Laotian restaurant. She didn’t know it at the time, but that strong tie between business, food and family would become central in her life decades later.

For a high school project, she created an acclaimed business plan, which led to a government grant. The earnings helped her parents buy a building in Winnipeg, where they were living at the time, and eventually, open a restaurant in the space named Lao Thai.

For Kong, ample responsibility started at a young age. At six-years-old, she started waking up early to make her parents sticky rice, eggs and stir fried vegetables before rushing off to school and back home in time to have dinner on the table for her family at 5 p.m.

“I was very, very sheltered,” Kong said. “I only knew Lao cuisine growing up my whole life.”

Kong’s mother was pregnant with her when their family crossed the border from Laos to Thailand during the Vietnam War. She was born in a refugee camp and by the time they arrived in Canada, she was 4-months-old.

As an adult, Kong moved from Winnipeg to Toronto to pursue finance. Two decades into her career, she was working as a mortgage specialist for several clients in the Queen and Dufferin area and noticed a vacant property at 2 Gladstone Avenue. It was perfect for a restaurant. “My heart and soul is….I love food. But at the same time, finance and mortgages and estate planning is another part of me that I love,” Kong said. “I just thought, why not do both?”

Within the business’s primary years, the pandemic struck.

Kong was the only full-time employee at the Toronto location, answering the phone, managing deliveries and pick-ups, all while cooking every dish and working as a mortgage specialist.

“I was dying,” Kong said. For three months, she had a job posted to hire another employee, but no one applied.

Meanwhile, after two decades of serving the community, the Lao Thai in Winnipeg was forced to close. Kong made an executive decision. “I needed my mom,” she said. She closed her restaurant for more than a week, drove to Winnipeg unannounced and told her mother she had three days to pack-up her things and drive back to Toronto with her.

To this day, Kong still only has a couple of part-time employees that come in on weekends, but for the time being, she has her mother by her side in the kitchen.

Back in high school, Kong won the financial backing that paved the way for their family’s first restaurant; years later, her mother is returning that opportunity, serving as a bridge of sanity during an onerous time.

“I'm hoping to keep the family legacy going on that way,” Kong said.