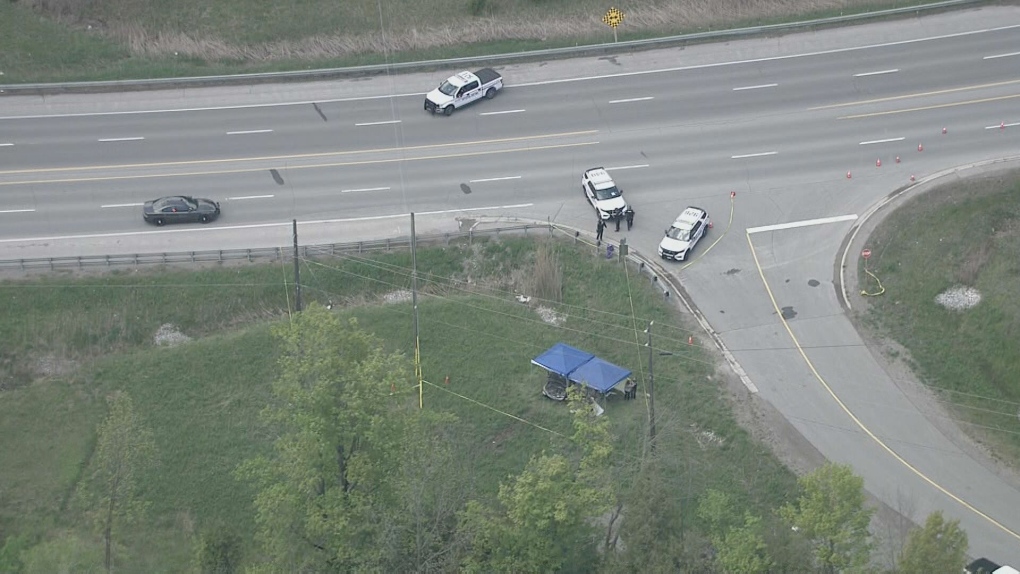 Police are on the scene of a fatal collision in Pickering. (Chopper 24)

Investigators have identified a 20-year-old man found shot to death inside a car in Pickering, Ont. late last week.

Emergency crews were initially called to the area of Taunton Road and Concession Road 4 on May 19 after receiving a report of a single-vehicle collision.

The driver, who was the lone occupant of the vehicle, was pronounced dead at the scene.

Sgt. Joanne Bortoluss told reporters at the time the driver suffered from “some gunshot wounds.”

“As such, our homicide unit was called in,” Bortoluss said.

They also confirmed the cause of death was a gunshot wound.

No information has been provided regarding suspect descriptions.

Investigators are asking anyone with information or who may have dashboard camera video of the area between 9 a.m. and 1 p.m. on Thursday to contact police or Crime Stoppers anonymously.

Two people are injured and a third is in custody after what RCMP describe as a 'public shooting' at a rodeo in Northern B.C. Sunday.

Ohio man shot was unarmed when shot by officers: police

A Black man shot and killed by Akron, Ohio police officers in a hail of bullets following a vehicle and foot pursuit was unarmed at the time of the shooting.