'You can see all the love': Funeral held for founder of Toronto bakery who died of COVID-19

TORONTO -- A slow moving convoy carrying the body of Natale Bozzo was greeted by a crowd of over 100 people in front of SanRemo bakery in Mimico, Ont. this afternoon.

Residents gathered to pay their respects, with many were carrying candles and shedding tears.

"It's very emotional," said Josie Mazarese whose daughter once worked at SanRemo.

"You can see all the love. For not just Mr. Natale but for the whole family."

Ward 3 City Councillor Mark Grimes was among those in attendance at his funeral.

The procession followed the funeral this morning, where Bozzo's son Robert spoke of his father’s talent as a baker. 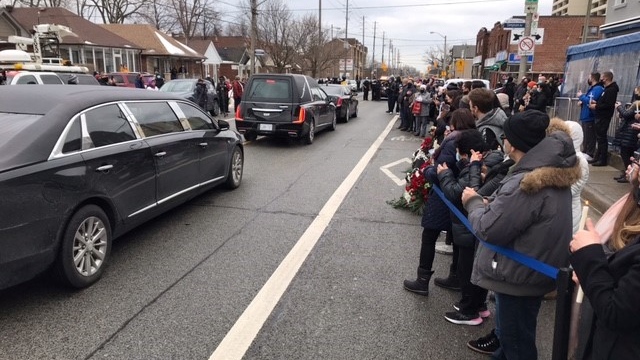 Bozzo's three sons Robert, Edward, and Nick took over the bakery years ago. Natale continued to work right up until late December, just days before testing positive for COVID-19.

Bozzo started the bakery in 1969 with his three brothers. He would soon become the sole owner, and the business would come to define a section of Mimico.

Known for its baked goods and a busting atmosphere, SanRemo and Natale Bozzo often made a personal connection with customers. Employees describe SanRemo as much more than a place to work.

"It's a family," Svitlana Kudinchikova said. "I've been here for such a long time that I've gotten to know everybody. The Bozzo brothers, Natale himself. It's just a little family we always take care of each other.” 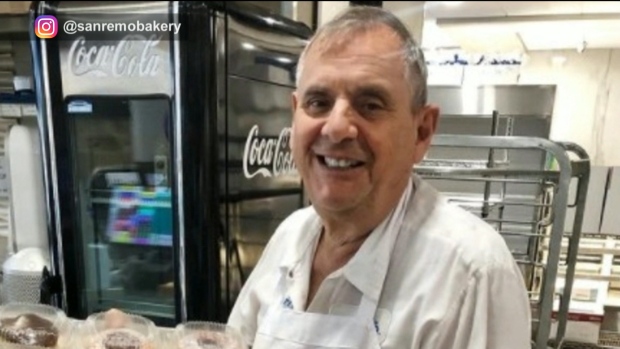 Employee Christian Matta says these have been difficult days, but "It's definitely helping out to we can share and try to comfort each other and try to support each other but it's a very sad time today."

Today the bakery is closed so that employees can take the time to say goodbye to someone who gave them so much.