TORONTO -- A woman who was pronounced dead in hospital after a fire at a Scarborough apartment building was found with obvious signs of trauma, CP24 has learned.

Flames were visible from the exterior of the tower on the 18th floor when they arrived.

Eckerman said one unit on that floor was fully involved and they managed to pull one person out. 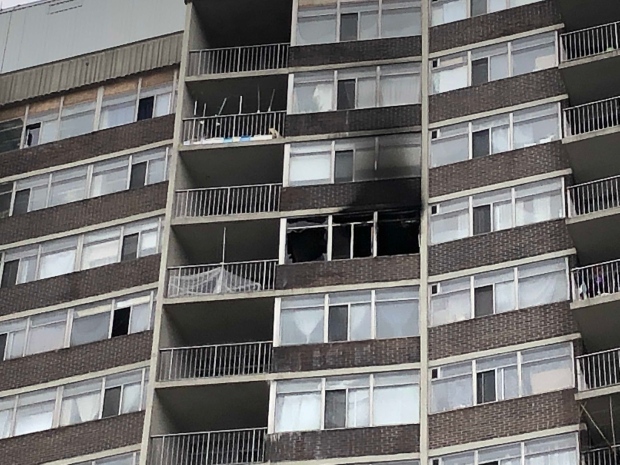 The female victim was rushed to hospital in critical condition where she was later pronounced dead.

Sources have since told CP24 that the woman was found with obvious signs of trauma in a bathtub.

Const. Victor Kwong said police are treating both the fire and the female's death as suspicious, and homicide detectives have been made aware of the incident.

There is no word on the fire’s cause or a damage estimate at this time.

Speaking with CP24 on Monday afternoon, a resident in the building said that she saw a firefighter performing CPR on the woman “as they were wheeling her out” of the building” on a stretcher.

The resident said that police have been going door-to-door in the building speaking with residents ever since the incident.

She said that there are cameras throughout the building that they will presumably have access to, including in the main lobby and on the elevators.