A 73-year-old woman pulled from a house fire in Etobicoke on Tuesday night has died in hospital, police confirm.

The fire broke out at a bungalow on Eighth Street, located near Islington Avenue and Lake Shore Boulevard West, at around 6 p.m. 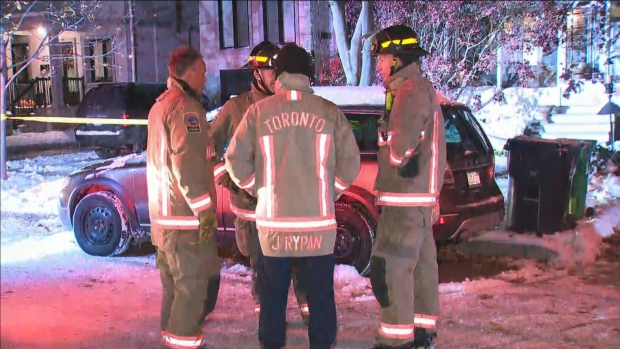 Keith Ellis said he had lived in the home with his wife of 40 years for the past 26 years.

“I could smell some smoke (when I got home). I just thought it was maybe the neighbours having their outside barbecue going but finally realized there were smoke alarms going off,” Ellis told reporters outside the home on Wednesday morning.

“(I) went in the side door but with the smoke billowing out I went in and tried to call my wife but I couldn’t get farther than the top of the stairs so I went back out and called 911.”

He said he “made a couple of attempts to get in again but couldn’t get very far.”

“There was just too much smoke and there were no lights on. Firefighters came in and got things under control. There was just smoke, I couldn’t see any flames at all, just dark.”

Paula Ellis was pulled from the home by Toronto firefighters and rushed to hospital without vital signs.

On Wednesday morning, police confirmed to CP24 that she had died of her injuries.

The cause of the fire has not yet been determined but fire investigators will be looking into the circumstances surrounding the fire.

Keith Ellis said their home had “about five smoke alarms upstairs and a carbon monoxide detector.”