Woman out $1,000 after buying fake gold in Toronto parking lot

TORONTO -- A Toronto woman says she feels shaken after learning that the hundreds of dollars’ worth of gold jewelery she bought from a person at a parking lot turned out to be fake.

Josephine Brilliantes said the scam occurred after she was approached by a woman at a parking lot near a grocery store in the Dufferin Street and Eglinton Avenue West area on Dec. 9.

The woman, she said, told her that she was in desperate need of money and was trying to sell gold jewelery from her family business.

The woman claimed she was out of gas and still had a long way to travel, Brilliantes said. 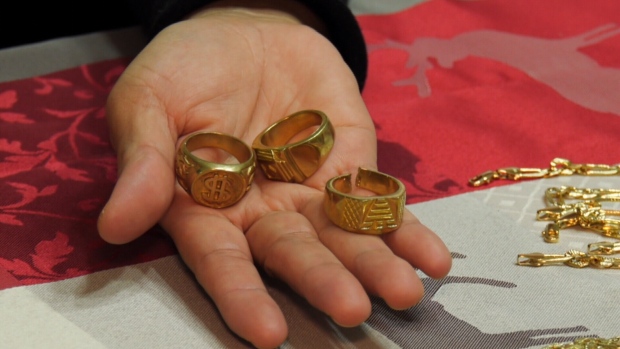 “I was even telling my husband ‘let’s just give her money for gas.’ My intention was to help her needs,” Brilliantes told CTV News Toronto.

She said the woman pulled out her jewelry and said her family business made rings and necklaces out of gold. The woman showed her photos of the jewelry being made, she said.

“When I saw the 18-karat symbol on a ring I thought it was real gold,” Brilliantes said.

She said the woman told her that she would be doing a huge favour if she bought all the jewelry to help her finance her trip.

“She said she really needed the cash and she would give me all the jewelry she had for $1,000," she said.

Brilliantes said she then went to a bank machine took out $1,000 cash and paid for the jewelry.

The woman, she said, hugged and kissed her and then fled the area.

Brilliantes said she learned from a jeweller at a store that what she bought was not gold. 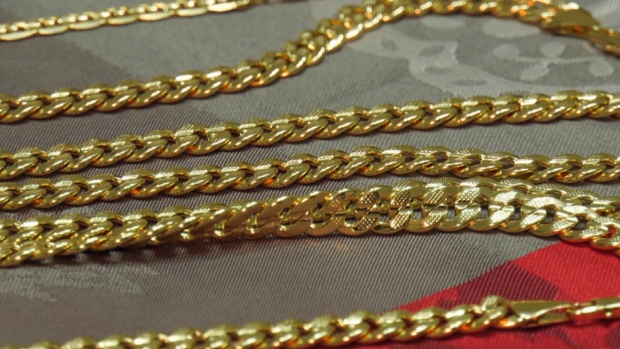 “The lady told me it's not gold, it’s brass,” Brilliantes said. “She said that every week people are coming in to her store to show they also bought that kind of jewelry.”

Brilliantes said she reported the scam to police, but is still short $1,000 just before Christmas.

She said that despite feeling embarrassed about the story, she wanted to share what happened to her so that it doesn't happen to someone else.

She said she is not sure what she'll do with all the brass jewelery, but still hopes to enjoy the holiday season despite the scam.