Where to watch the Toronto Raptors in the NBA finals 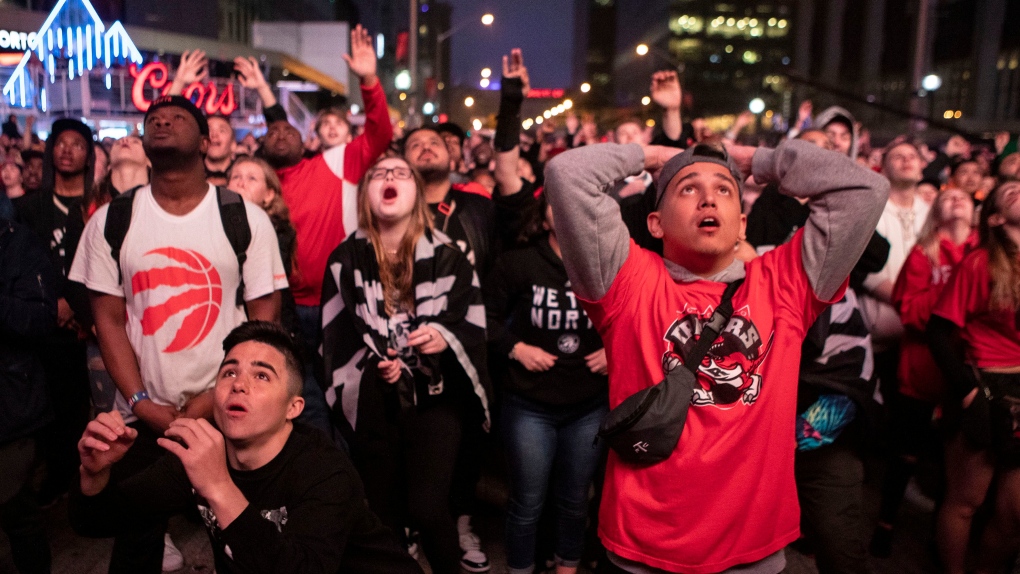 Toronto Raptors fans react as they watch game six of NBA Eastern Conference Final basketball action between the Toronto Raptors and Milwaukee Bucks on a screen outside the Scotiabank Arena, in Toronto on Saturday, May 25, 2019. (THE CANADIAN PRESS/Chris Young)

Can’t afford to shell out for one of the coveted NBA finals tickets? Not to worry—cities across Ontario are opening up their public spaces and will be broadcasting the highly-anticipated matchup between the Toronto Raptors and Golden State Warriors.

Join thousands of fans who will be cheering on the Toronto Raptors in the streets at one of these viewing areas:

The cities of Halton Hills, Newmarket, Midland and Windsor have also been granted permission by the Maple Leafs Sport and Entertainment (MLSE) to broadcast the Raptors games in public places.

For those who don’t want to stand outdoors, Cineplex is expected to broadcast the games for free at 33 theaters across Canada.