TORONTO -- Several people from the Greater Toronto Area are among the 63 Canadians killed after a plane crashed in Iran.

Ukraine International Airlines flight PS752 to Kyiv went down minutes after taking off from Tehran’s main international airport on Wednesday morning. The plane crashed into farmland outside of the capital, killing all 176 people on board.

The cause of the crash is still unknown. 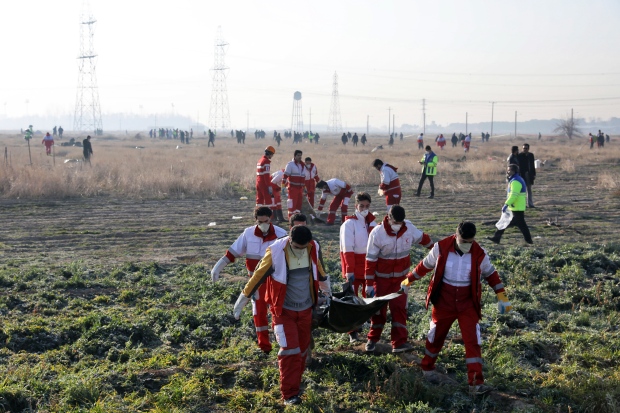 Multiple students from the York Region District School Board were killed in the crash.

"We are heartbroken by the news and our thoughts and deepest condolences are with all those affected,” the board chair and director of education, Louise Sirisko, said in a statement on Wednesday.

"This is a global tragedy affecting us locally and we join our families and communities in grieving. Sadly, we are aware that our region and schools have been directly affected by this sudden and tragic loss of life." 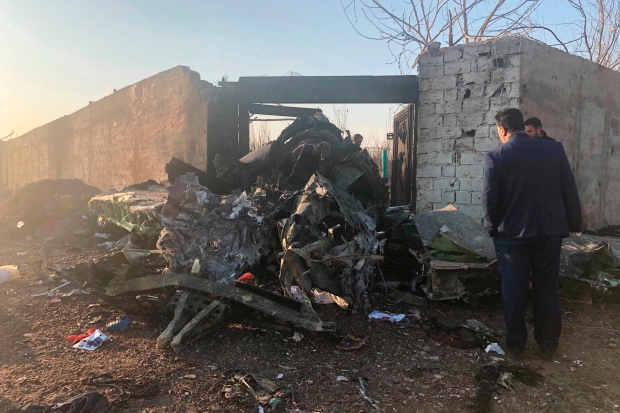 The school board said that five students from four seperate schools were killed in the crash.

The TDSB confirmed in a statement that a number of their students, along with their family members were killed in the crash. They also said the family member of one of their employees was killed.

"On behalf of the Toronto District School Board, we offer our sincere condolences to their friends, family, teachers and classmates," a statement on Wednesday afternoon said.

We are heartbroken to learn that a number of TDSB students & their family members, along with a family member of at least one of our employees are among those who lost their lives in the crash of the UIA flight in Iran yesterday evening. https://t.co/SnLoEHF8SY

"Social work staff are already working with the impacted schools and we are supporting the victims' loved ones in any way we can."

“The message that was recently sent out by the principal said she enjoyed attending high school and often shared with staff how excited she was about her future and reaching her academic goals.”

University of Toronto students among the deceased

In a news release issued Wednesday, the University of Toronto confirmed that six students are among those killed in the crash.

"On behalf of the entire University of Toronto community, I want to say how deeply saddened we are, and how concerned we are for the families and friends of those who lost their lives. We are continuing to gather information, and taking care to respect the privacy and wishes of all involved.”

Flags at all three U of T campuses will be flown at half-mast.

#UofT is deeply saddened by the tragic crash of Ukraine International Airlines Flight 752 near Tehran & all three campuses are united in mourning the loss of the victims and offering sympathy and condolences to their families and friends. (1/4) https://t.co/PBd0lTklA8

Centennial College mourns loss of faculty member and his family

Centennial College has confirmed that a member of their faculty, as well as his young family, were killed in the crash.

In a tweet Wednesday, the college said that Dr. Razgar Rahimi, his spouse, Farideh Gholami and their three-year-old son, Jiwan, were all killed in the crash.

With immense sadness and heavy hearts, we mourn the loss of our Centennial faculty member, Dr. Razgar Rahimi, his spouse, Farideh Gholami and their three-year-old son, Jiwan who lost their lives on Ukraine International Airlines flight PS752 this morning.

George Brown College student Darya Toghian is among the deceased, CTV News Toronto has confirmed. Toghian had travelled to Iran with her mother for the holidays. Her mother was supposed to be on the return flight as well, but cancelled her ticket at the last minute. The 22-year-old was flying back to Toronto for her second semester. 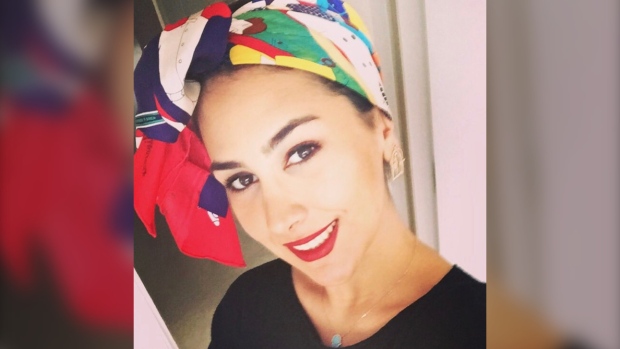 27-year-old Sadaf Hajiaghavand was killed after the Ukraine International Airlines flight crashed. She is being remembered as someone who loved fasion and being with friends. 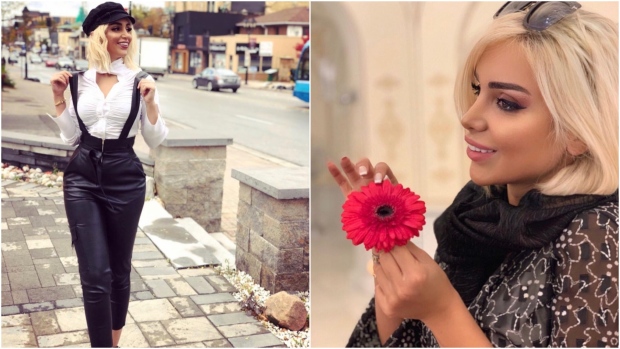 CTV News Toronto has also confirmed that Toronto resident Iman Ghaderpanah and his wife Parinaz Ghaderpanah were killed in the crash. 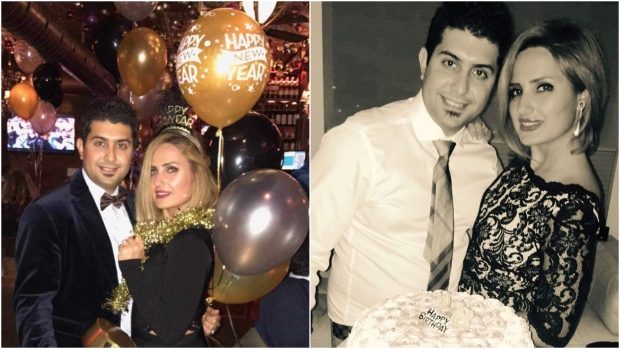 Two instructors at Cestar College, Mohsen Salahi and Mahsa Amirliravi, were killed in the crash.

"Mohsen and Mahsa have been part of our Cestar College faculty team for three years in the QEMT, CPMT, and LAQT programs," Cestar College director Michael Vourkes said in a statement on Thursday.

"Mohsen and Mahsa were fantastic teachers, touching countless students’ lives during their time here at the college. But they were also tremendous individuals, forming strong bonds with many staff and faculty, and they will be greatly missed by fellow instructors, the academics team, and the college as a whole." 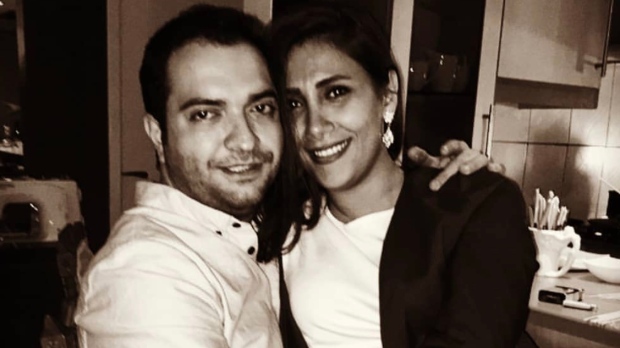 The president of the Ontario Secondary School Teachers’ Federation confirmed an employee of the union’s provincial office, identified as Alina Tarbhai, was killed in the crash.

"Alina was a valued employee, and part of a tightly-knit team at provincial office. She was respected and well-liked by all. Her passing represents a profound loss for all of us who worked with her," Bischof's statement read.

"On behalf of OSSTF/FEESO members across the province, I want to extend our heartfelt condolences to Alina’s family, and to the families of all who were taken in this tragedy."

Afifa Tarbhai, Alina's mother, was also killed in the crash.

Read more: What we know about the Canadians killed in airliner tragedy

CTV News Toronto has confirmed that Parisa Eghbalian and her 9-year-old daughter Reera Esmaeilion are among the 63 Canadians killed in the crash. 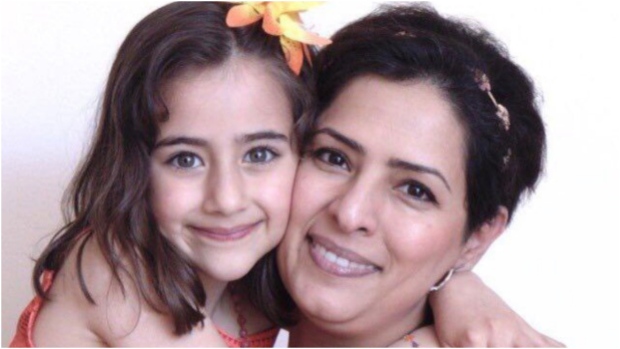 Friends of Arad Zarei say they were chatting with the Richmond Green Secondary School student two hours before the crash. He had expressed his concern over the growing tension between Iran and the United States and said “Thank God i just left. If i stayed a couple more days...it would have been over for me.” 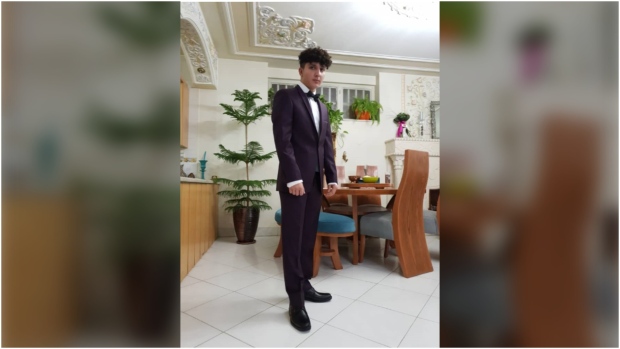 Optometrist and eye surgeon Neda Sadighi was killed in the crash, CTV News Toronto has confirmed. Colleagues said Sadighi had travelled to Iran before Christmas to visit family and was scheduled to return to work Thursday. 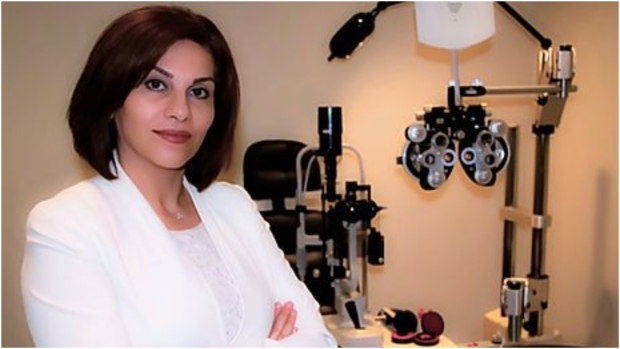 Bahareh Karami, a York Region staffer, is among those killed in the crash, CTV News Toronto has confirmed.

York Regional council confirmed the news in a statement in which they described her passing as "heart-breaking".

“We are so shocked and extremely saddened by this tragedy,” York Region Chairman and CEO Wayne Emmerson said.

“Our prayers are with Bahareh’s family, friends and colleagues, and for everyone that may be impacted in any way by this horrific event.” 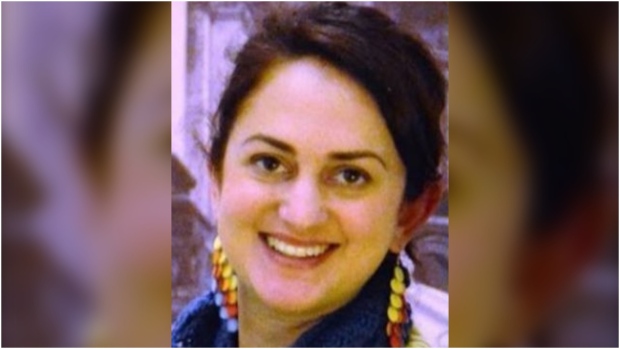 Friends and family of Suzan Golbabapour have confirmed to CTV News Toronto that the Richmond Hill resident was killed in the crash. Colleagues of the real estate broker say they'll remember her most for her positive energy. 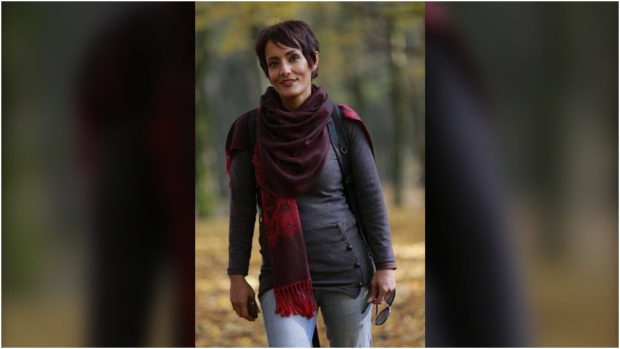 In a statement issued Wednesday, Toronto Mayor John Tory said he was "deeply saddened" by the tragedy.

"We now know residents from Toronto were on this flight and have lost their lives – they were our friends, our neighbours, our classmates, our co-workers, and our loved ones."

Tory said that flags at City Hall, and at civic centres in East York, Etobicoke, Scarborough, North York and York will be lowered until end of day Monday.

The Toronto sign in Nathan Phillips Square has also been dimmed.

We have dimmed the Toronto sign today to mourn the 176 people, including 63 Canadians, who have tragically died on Ukraine International Airlines Flight 752. pic.twitter.com/eo62kgRHPd

Premier Doug Ford has released a statement on the tragedy in which he said his "heart breaks" for the families and loved ones of those who died.

"Today, we mourn the 63 Canadians and all of the other passengers and crew of Ukraine International Airlines Flight PS752 who lost their lives suddenly and tragically while flying from Tehran to Kyiv."

Ford goes on to say that the Ontario government stands with the province's Iranian community during this time of grief.

Absolute terrible news coming out of Iran this morning. We are waiting to hear more about what happened and who was on the plane. My heart breaks for the families and communities looking for answers about their loved ones. You’re in our thoughts and prayers this morning.