'We were in trouble': Toronto woman feared for life during Air Canada flight emergency

TORONTO -- A Toronto woman who was on an Air Canada flight that declared an emergency in Madrid said the sudden bang and flames coming from the engine left her fearing for her life.

Air Canada flight 837 got into trouble on Monday shortly after it departed from the Adolfo Suarez-Barajas international airport.

Michelle Makus, who was travelling back to Toronto with her mother after spending time in Spain, said there was a loud bang just moments after the Boeing 767-300 took off. 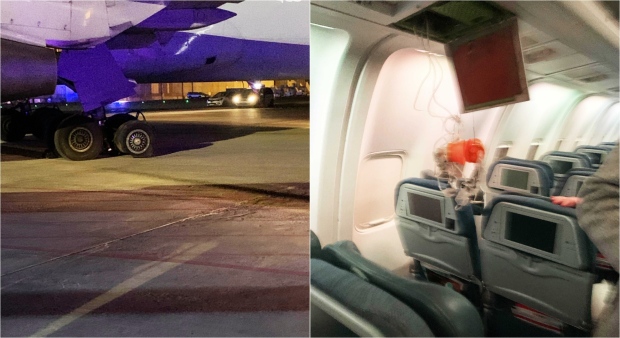 "We knew we were in trouble. We all knew something was wrong but we were all quiet," Makus told CTV News Toronto from London, England on Tuesday.

"It was a real jolt. I smelled rubber right away. The pilot immediately turned the engine off."

The 50-year-old, who says she flies frequently, said the captain’s voice came over the speaker system a few minutes later to inform the passengers about the emergency. 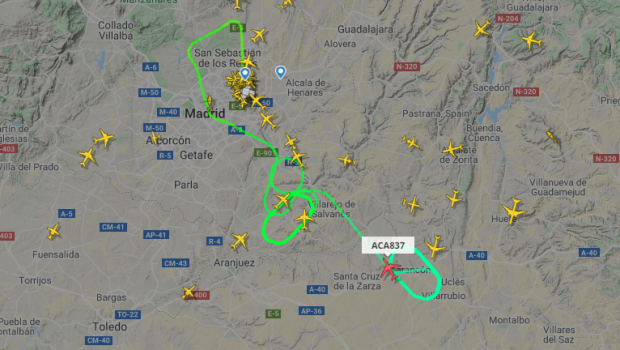 Flight-tracking website Flightradar24 shows the aircraft, which took off at about 3 p.m. local time, circled the airspace above Madrid for four hours.

Spain's Defence Ministry dispatched a F-18 fighter jet from a military airport near the Spanish capital to evaluate the damage done to the landing gear on the airplane.

"The pilot gave us regular updates. When the fighter jet came he explained that they were going to come and assess the damage," Makus said.

Several hours later, the plane had burnt enough fuel and was authorized to land.

"When we landed the plane was shaking. It was a rough landing but when the plane stopped we all applauded. There were tears. 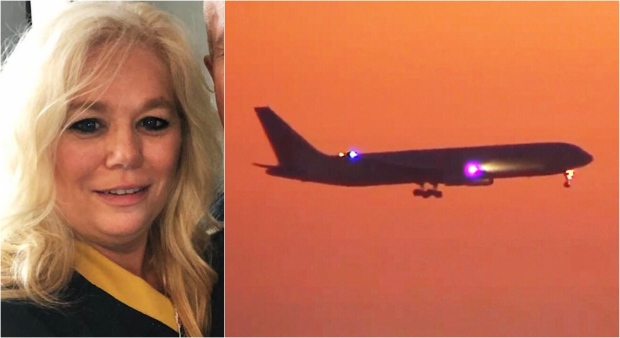 Makus said when she left the plane, she shook the pilot’s hand and thanked him.

"The crew was amazing. The pilot saved all of our lives," she said. "We were terrified, everyone was. When people talk about it now it is still so emotional that we cry."

Air Canada said there were 128 passengers and eight crew members on the plane, none of which were injured in the incident.

Air Canada said customers were provided hotels and have been rebooked onto other flights.

It was the second incident on Monday at Madrid's international airport, the busiest in the country. Earlier in the day the airport had closed for over an hour due to the reported sighting of drones in the vicinity.