'We’re just looking for them to fix this,' father of 10-year-old on no-fly list says

TORONTO -- A 10-year-old boy was flagged at Pearson Airport on Saturday as he and his father were checking in for their flight to Montreal—and his family says the occurrence is not out of the ordinary.

Adam Ahmed and his father were on their way to watch their favourite hockey team play at the Bell Centre, when Adam’s name came up as Designated High Profile.

It’s not the first time the child has been flagged by airport security.

Four years ago, the same pair was heading to Boston to watch the Canadiens play the Bruins in the NHL’s Winter Classic when Adam’s name was flagged. He was six years old at the time.

In the years since that incident, Sulemaan Ahmed has worked with Public Safety Canada to adjust the “no-fly list” and identify and remove the people who don’t belong on it, like his son Adam. 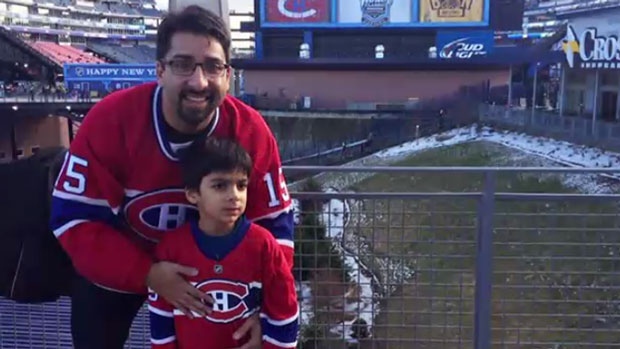 In June, the federal government passed a national security bill that proposed changes to the Passenger Protection Program, giving the Ministry of Public Safety the ability to make certain amendments to the list. But the changes aren’t expected to take effect until 2020.

After Sulemaan posted about his son’s predicament on social media Saturday morning, the Minister of Public Safety and Emergency Preparedness has reached out to apologize.

Sorry to hear of the recent difficulties experienced by you and your son. My office has been in touch and I look forward to talking with you about the work to prevent this for you and other families.

Bill Blair also said he looked forward to talking with him to prevent something like this from affecting other families with members on the “no-fly list.”

Sulemaan said that while the apology is encouraging, he’s still worried about how long it’s taking for the list to be tackled by someone in Ottawa.

“This isn’t just about Adam, there are other kids out there, once they turn 18 they become adults, and then they’re being flagged as security threats. And it’s not only in Canada.”

“This data is getting sent to other nations. So imagine you’re in a foreign nation that doesn't share our rights or our values, he could get thrown in prison.”

Sulemaan also said that is remains concerned about the fact that a Transport Canada employee who sent a racist email in 2008 was never been disciplined.

“The greater concern for me is... if we build the system, who is managing it, and who is running it?” Sulemaan said.

Blair's office said in a statement that the email, which was circulated more than 10 years ago, were "racist and unacceptable." Questions about the investigation should be directed to Transport Canada, his office said.

CTV News asked Transport Canada for a comment, but didn’t get a reply before our deadline.