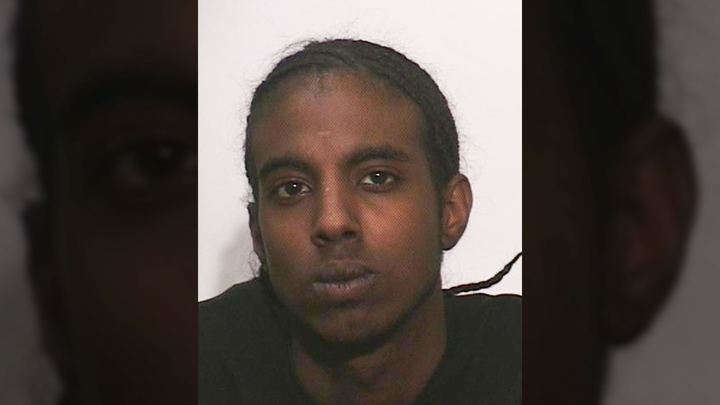 A warrant has been issued for 23-year-old Kamal Hassan of Toronto.

Police have identified one of the suspects in a downtown shooting that left two people dead.

Police said they responded to a call at around 7 a.m. on Sunday, after two people were shot inside a 22nd-floor apartment unit on Lisgar Street, in the Queen Street West and Dovercourt Road area. Both victims were pronounced dead at the scene.

A warrant has been issued for 23-year-old Kamal Hassan of Toronto. Police are also searching for other outstanding suspects who have not been identified.

In a statement released Sunday afternoon, police said they were looking for four persons of interest. All four were described as "dark-skinned men in their mid-twenties."

The statement described one of the men as East African, possibly Somali, who speaks with a "distinct southern American drawl."

Police have located one of the two vehicles they believe was involved in the shooting. The outstanding vehicle is described as a brown, newer model, Toyota Corolla.

Earlier this week, police identified the two 26-year-old victims of the shooting as Abdiweli Abdullahi and Mohamed Abdiwal Dirie.