Video shows fireball that lit up sky over London, Ont. 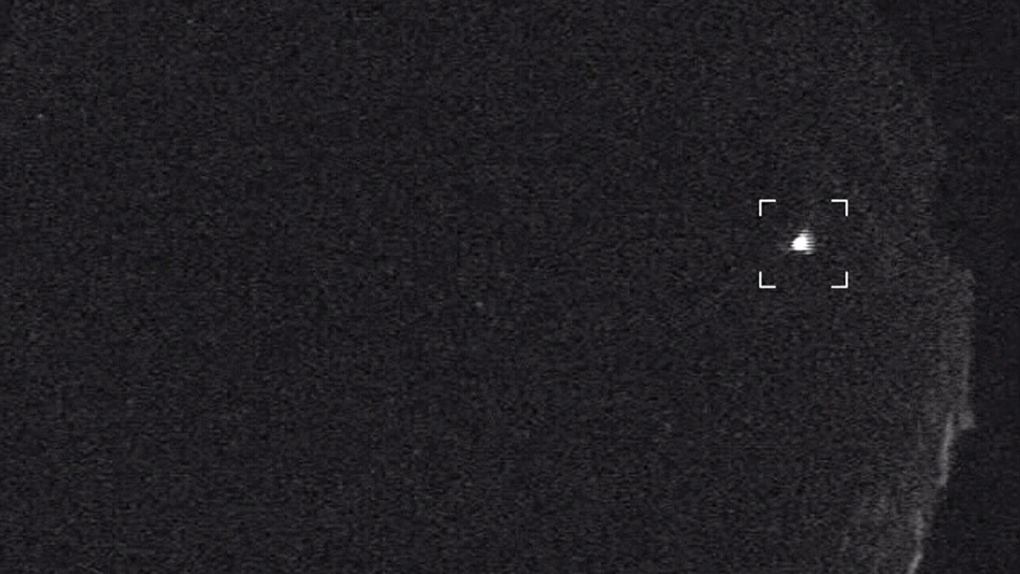 This photo shows a fireball shooting over London, Ont. on Aug 12. (Western University)

Video released by Western University shows a bright fireball that quickly lit up the sky over London, Ont., on Wednesday night during a Perseid event.

According to Peter Brown, a professor with the department of physics and astronomy at Western University, the fireball was travelling at around 60 km per second.

Brown says the object was only about the size of a loonie but because of its immense speed, it was visible with the naked eye from Earth for about 1.5 seconds.

“At this speed, the fireball has the same amount of energy as 400 times its weight in dynamite,” Brown said.

“The fireball was bright, much brighter than Venus and any other object in the sky. It was comparable to a half moon,” Brown added.

Objects moving through the sky that are brighter than Venus are called fireballs, Brown said.

The Perseids is typically the brightest of the annual meteor showers, but this year's show is expected to be particularly bright thanks to our current phase of "moonless" nights.

This is the first time since 2010 that the moon will not be visible to drown out the "shooting stars."