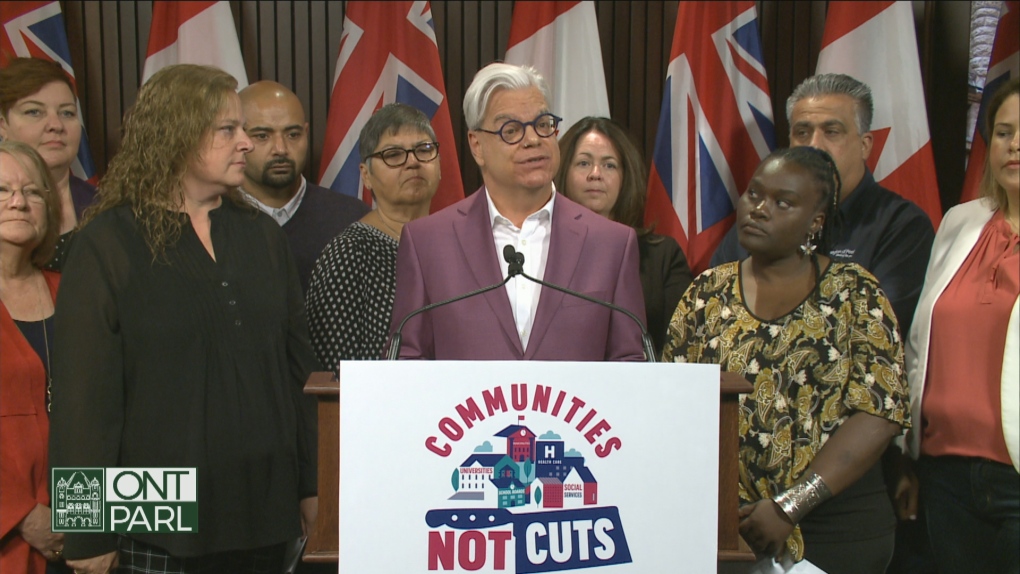 The Canadian Union of Public Employees (CUPE) unveils the “Communities Not Cuts” campaign on Sept. 9, 2019.

An Ontario union is launching an “aggressive, multi-year” campaign against the Progressive Conservative government, warning of the effects of future budget cuts on front-line services.

The Canadian Union of Public Employees (CUPE) unveiled the “Communities Not Cuts” campaign designed to coordinate protest efforts against Premier Doug Ford’s government at a news conference on Monday.

“The goal is to keep fighting back to build resistance against this agenda, to apply pressure, to reverse this attack,” says Fred Hahn, president of CUPE Ontario.

While the Ford government’s April budget increased spending by $4 billion over the previous Liberal government, the Progressive Conservatives took an aggressive approach to reducing the $15 billion deficit.

That led to millions of dollars in funding cuts across the board affecting nearly every ministry from social services, environment and finance.

While the health and education budgets increased in 2019, critics argue that other policy measures, such as increased class sizes and the consolidation of health care agencies, amounted to spending reductions.

In May, Ontario’s Financial Accountability Officer projected that the government would have to find another $6 billion in spending cuts in order to balance the budget, as promised, in 2023.

Hahn says that while the prospect of further budget reductions will spurn members into action, he wasn’t willing to say whether union members would go further than holding protests outside the legislature.

“I’m not going to take anything off the table,” Hanh told reporters. “There’s too much at stake to say that we’re going to stop ourselves from doing whatever it takes to defend our services.”