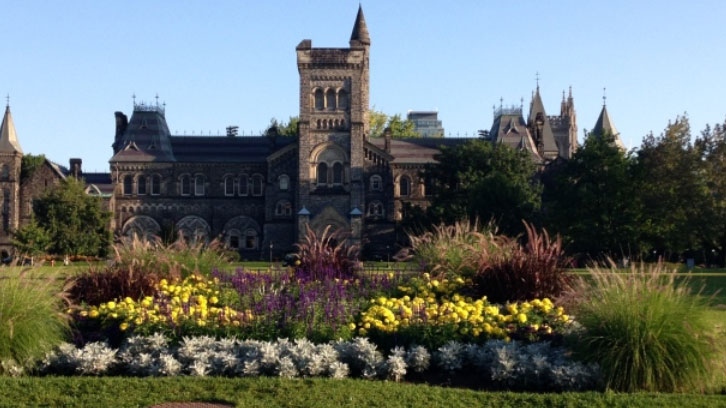 Part of the University of Toronto campus is pictured on Tuesday, Aug. 19, 2014. (George Stamou / CTV News)

TORONTO -- The University of Toronto students' union is launching a lawsuit against its former executive director and two former officials, alleging they conspired to defraud the group of hundreds of thousands of dollars in unwarranted severance and overtime payouts.

In its statement of claim, the union says former executive director Sandra Hudson filed for about 2,000 hours of overtime she was not entitled to in April -- just weeks before her contract was inexplicably terminated by the outgoing president and vice-president.

The document alleges then-president Yolen Bollo-Kamara and then-vice-president Cameron Wathey approved the overtime and agreed to fire Hudson so that she could enjoy an "excessive severance package" that included two years of salary.

The allegations have not been proven in court and it's unclear if all defendants have been served with the claim. They have not yet issued a statement of defence.

Combined, the severance and overtime pay amount to roughly 10 per cent of the union's annual operating budget.

The union said that as a manager, Hudson was not entitled to overtime pay. She filed for 1,974.5 hours on April 1, the day after an election was held to choose the next executive committee, it said. Bollo-Kamara and Wathey were both leaving their posts at the end of April.

It was later discovered that Bollo-Kamara and Wathey had also approved two other overtime claims by Hudson that totalled nearly $30,000, the union said in the claim.

"It is evident from the circumstances that Hudson did not wish to work with the incoming executive committee and that Bollo-Kamara and Wathey, knowing that their responsibility for the UTSU's finances was coming to an end, agreed to dismiss her in order to grant her the benefit of her extremely generous dismissal provisions," the claim alleges.

"With weeks remaining in their tenure, (Bollo-Kamara and Wathey) acted with a total disregard for the interests of the UTSU when they made or participated in the decision to dismiss Hudson without cause and paid her an excessive severance package."

The dismissal agreement included a confidentiality clause barring Hudson and the union from disclosing the terms to anyone but family and legal or financial counsel, the claim said.

Also included was a release exempting Hudson from any legal action related to her employment or termination, it said.

The union said there had been no complaints about Hudson's performance before then and "no plausible explanation" for terminating her contract without cause.