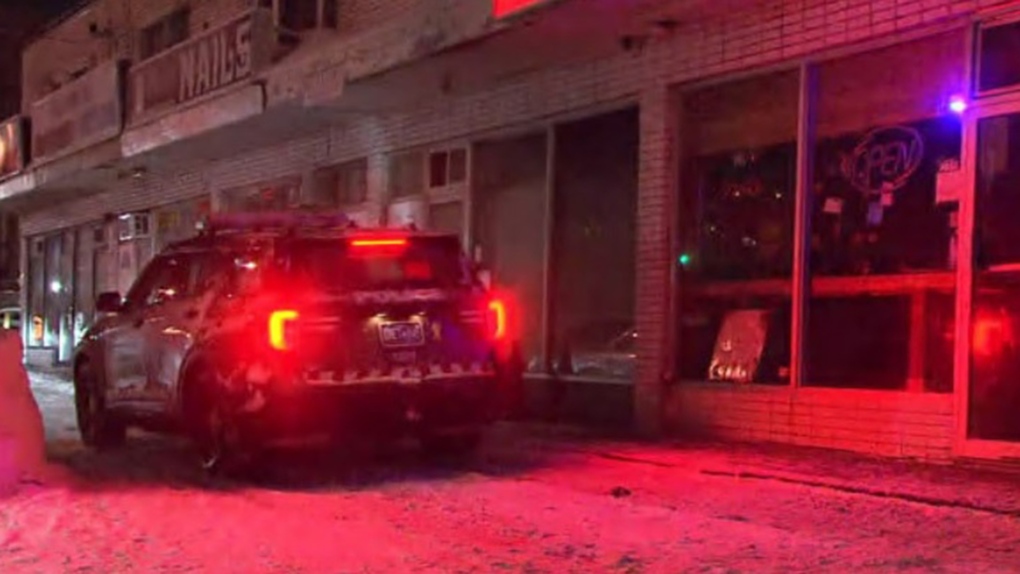 At 3:36 a.m., police said they were called to Dufferin Street near Bowie Avenue for reports of a stabbing.

They located a man in his 40s suffering from serious stab wounds.

Paramedics said he was rushed to a hospital trauma centre for treatment.

Investigators said the suspect involved fled the scene on foot and was possibly armed.

They described him as a South Asian male in his late 40s, standing about five-feet-nine inches tall with short hair and a slim build.

At 3:53 a.m., police were called to a building in the Markham Road and Tuxedo Court area of Scarborough for a stabbing.

Paramedics said they located a woman in her 30s at the scene suffering from serious injuries.

She was taken to a hospital trauma centre for treatment.

Police said one man was taken into custody at the scene.