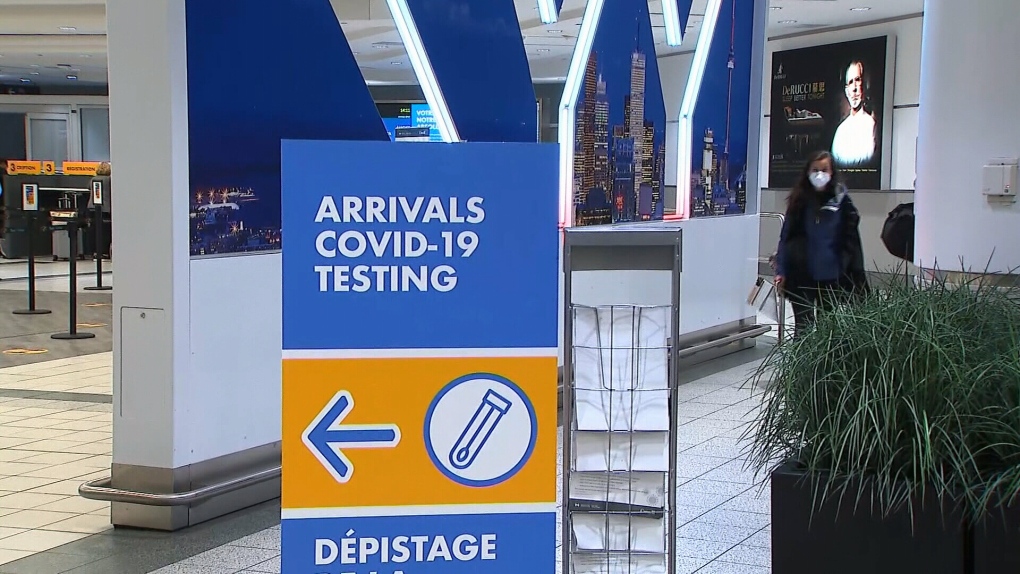 TORONTO -- At international arrivals inside Toronto Pearson International Airport there is a line—the line to enter Canada.

"You cannot step out of the airport until you have a reservation with you," said Nishant Murthy, who flew in from India.

As of Monday, international travellers must book a three-night stay at an approved isolation hotel. That is on top of providing proof of a negative COVID-19 PCR test and taking a COVID-19 test on arrival at the airport. Travellers must also prove that they have a plan for a 14-day quarantine, and provide proof of another negative test at the end of the quarantine.

The three-day stay in a hotel is in order to process the test that was taken at the airport. Some say that the most difficult part is booking the hotel.

"It took me two days, like on the call it's 10 hours to get booked for the hotel," said Gaurav Arey who is returning from India with his wife.

Another passenger, Ravi Rawlani, said she was on a call for six hours.

Robert Taylor, who is returning after a month working in Chicago, said it was "many hours spent on the phone for no one to pick up and it wasn't until today when we got here."

There are currently six approved hotels near Pearson Airport. Travellers are being taken by shuttle bus.

There are differing opinions on the policy. Deepika Sharma says she was prepared, adding, "it's like a holiday." While Adel Yousif, who arrived from Sudan, says the treatment is unfair, adding, "I'm very angry, I'm very upset, I'm very tired. And I come from very, very, very far."

Prime Minister Justin Trudeau made the announcement of increased border restrictions on Jan. 29, where he made it clear that staying in a hotel would cost up to $2,000.

A number of people CTV News Toronto spoke to at Pearson today said they are paying less.

Taylor said it will cost him about $1,500, but his work is covering the cost. Two other passengers who did not give their names said they will pay roughly $1,200 for the three days of isolation.