TORONTO -- Air passengers who have been offered a voucher for future travel during the COVID-19 pandemic may have another little-known option for getting their money back.

Airlines have cancelled thousands of flights as the spread of the virus cripples the travel industry globally. Most travellers who had flights and vacation packages booked before the pandemic have been denied refunds and instead offered vouchers.

Air Canada, for example, is offering vouchers for future travel before April 30, 2021 and is not offering refunds unless a refundable fare was purchased at the time of booking.

Gabor Lukacs, with Air Passenger Rights, told CTV News Toronto on Monday that if the airline cancels the flight but does not provide a refund in the form of original payment, customers can dispute the claim in the form of a chargeback with their credit card company.

Chargebacks are used to protect credit card customers and are a way for consumers to dispute transactions they don’t believe a merchant fulfilled. If approved by the credit card company, a refund for the transaction will be processed.

"Because you never agreed to accept future vouchers, it is not part of the contract (with the airline)," Lukacs said. "That service is not being delivered to you. Therefore you have a right to cancel the contract."

"If I agree to buy one kilogram of apples and they give me oranges, I don't have to accept it. You are not buying a gift card. You don't want future credit."

How to request a chargeback

According to Lukacs, the chargeback process should be used for air passengers who have purchased an airline ticket that has been cancelled by the airline. He says it does not apply to voluntary cancellation of the travel by the passenger.

Before filing a dispute, customers must also have proof their flight was cancelled. He said it is also critical to make a reasonable attempt to request a refund directly from the ticket seller and not accept future travel vouchers.

"People should not take no for an answer," Lukacs said. "They have to be pushy and say ‘' didn't receive the service, I didn't get it, so therefore I'd like to exercise my right for a chargeback.'"

"You are not asking for a favour. The law is very clear." 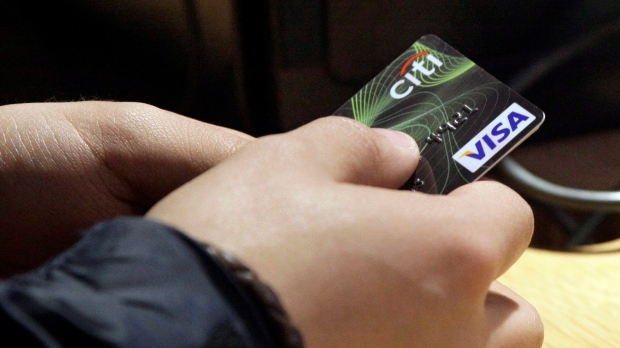 Customers who have already accepted future travel vouchers may also be entitled to a chargeback if they were told it was the only option, Lukacs believes.

"If you have a choice, that’s an acceptance. If there is only one option it's not acceptance."

CTV News Toronto has contacted Visa and Mastercard for comment regarding their chargeback policies during the pandemic and is awaiting a response.

Meanwhile, the Canadian Transportation Agency (CTA) issued a statement on refunds last month saying they believe a voucher for future travel is an appropriate approach during the crisis. 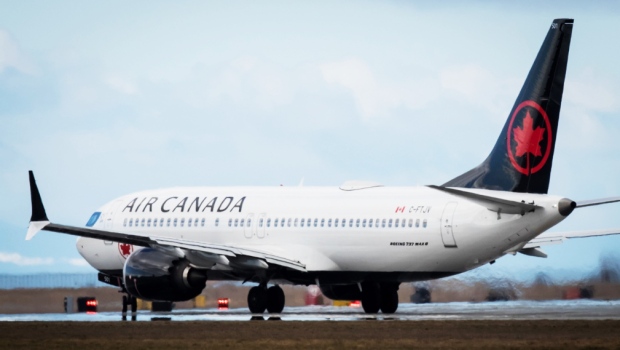 "On the one hand, passengers who have no prospect of completing their planned itineraries with an airline's assistance should not simply be out-of-pocket for the cost of cancelled flights," the CTA statement said.

"On the other hand, airlines facing huge drops in passenger volumes and revenues should not be expected to take steps that could threaten their economic viability."

Using the advice from the CTA, many insurance companies are no longer paying out customers for missed trips, citing that a voucher is an equivalent to a refund.

"They are trying to treat vouchers as no loss," Lukacs said. "That's not valid. I anticipate a major class action sooner or later. You can't retroactively change the rights in a contract."

"The CTA is misleading the public. There is no legally binding ruling that would allow airlines to refuse to offer refunds."