A Toronto man says leaving a single letter off his wife’s first name on an airline ticket could cost him more than $250.

Werner Chao said that he booked two tickets in September for himself and his wife to go to Japan with EVA Air. His wife’s first name is Akina but he accidentally put down her name as Akin, not putting the “a”.

“During the process I tried not to make an error, but somehow an error was made,” Chao said.

The airline has a free 24-hour cancelation policy, but he only noticed the mistake the next day, one hour past the deadline. He was shocked when the airline said it would have to charge him $256 to change the name.

“I feel like it's a big amount of money to have to pay to fix a typo,” Chao said. 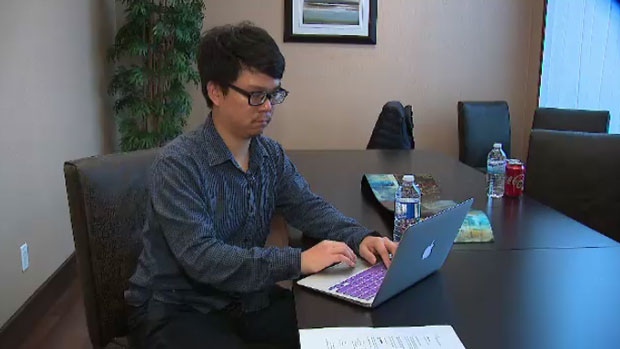 Chao booked the flight through the travel booking website Travelocity, which reviewed his case and said it could make the change and add the "a" for $130—but Werner says it’s been difficult navigating between the two companies.

“It’s like I’m a ball being kicked back and forth,” he said.

Not every airline charges a fee to fix a typo or change a name, but many do. Two years ago, CTV News spoke with another Ontario family who was asked to pay $971 to correct a name mistake on a plane ticket.

Kevin Marshall said that his family was flying to Australia and his daughter's ticket had to be switched from Lynn Meaghan Marshall, to Meaghan Lynn Marshall.

In Chao's case, a spokesperson for EVA Air told CTV News Toronto that, "EVA cannot change the name on reservation records or tickets. Unfortunately we are not able to waive any fee…when making changes to the booking."

A spokesperson for Travelocity also said that customers should double check spelling to ensure all names match their government issued IDs.

Chao had hoped to have the "a" added at no cost, but as his trip gets closer he feels he'll pay the penalty to make sure his wife's ticket is acceptable for the flight.

“It's really up to them. I’m really at their mercy. I really can't do much about it,” he said.

When booking a trip yourself or with a travel agent, you need to triple check the dates, destinations and names to make sure they're correct. Some airlines allow you to make changes the same day you book, but after that you could face penalties.