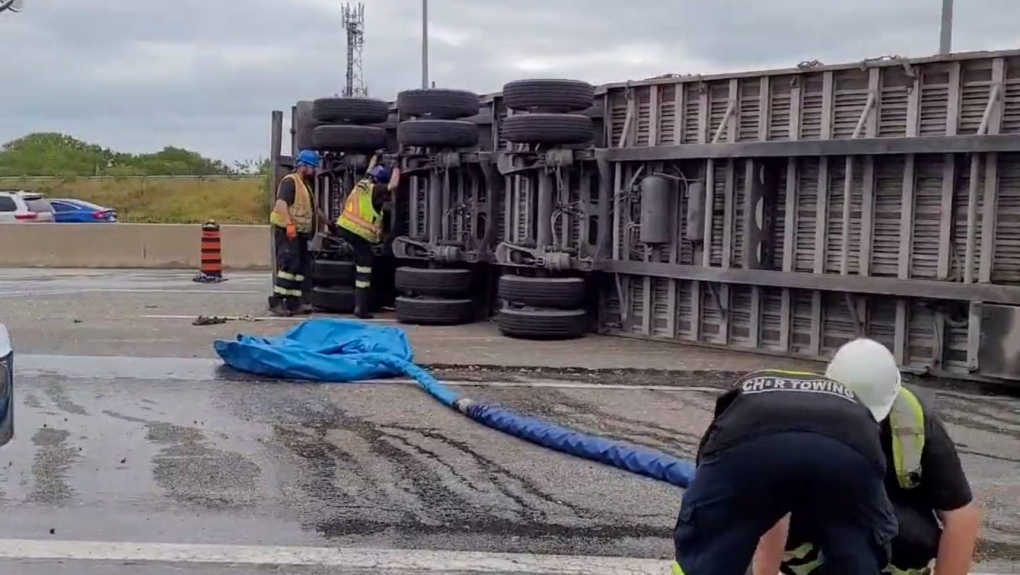 A transport truck is shown on its side on the Queen Elizabeth Way in Oakville on Tuesday morning following a rollover.

A tractor trailer carrying a load of live chickens was involved in a rollover on the Queen Elizabeth Way in Oakville on Tuesday morning.

It happened in the westbound lanes of the highway near Third Line shortly after 5 a.m.

Ontario Provincial Police say that it appears “that speed may have been a factor” as the vehicle took the on ramp onto the highway from Third Line.

Video footage from the scene on Tuesday morning showed crews carefully removing plastic crates from the truck and placing them on another transport truck that had been brought to the scene.

The westbound lanes of the Queen Elizabeth Way were fully blocked for several hours, however the highway reopened at around 11 a.m.