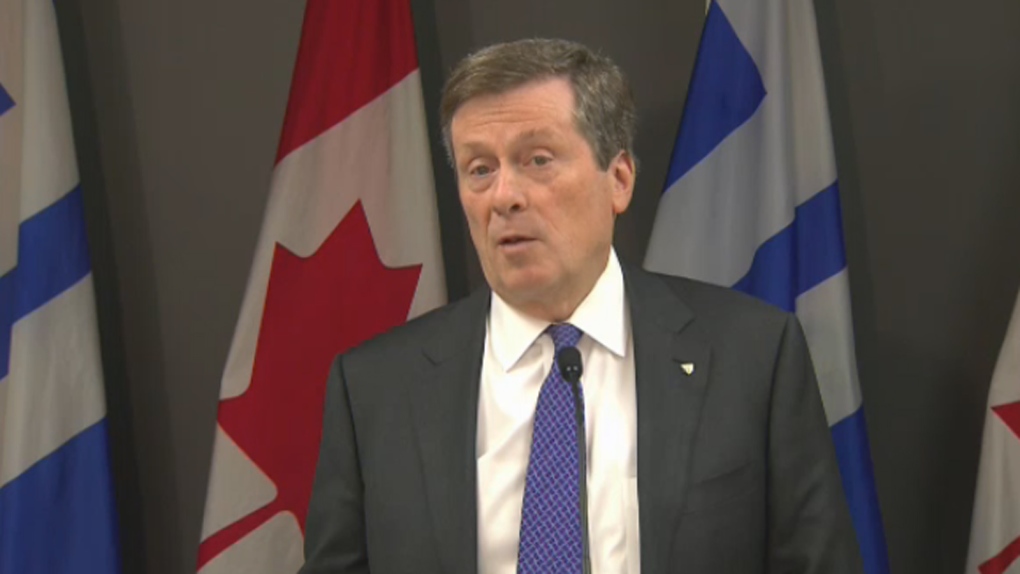 Deputy Chief of Police Peter Sloly came under fire from some members of the city's police force over comments he made criticizing the service and its billion-dollar budget.

Sloly made the comments last Friday to a small group inside the MaRS Discovery District, a not-for-profit Toronto research centre. The 70-minute session was also streamed online.

Sloly spoke to the audience about the force's budget, suggesting that new technology, including smartphones, could help Toronto police cut back on spending.

If every officer had access to the Internet through a mobile device, it would cut down on the number of police stations needed, he said.

"We can probably drop ourselves by several hundred police officers, which represents tens of millions of dollars," he said.

The Toronto Police Services Board approved at $1 billion budget, its largest budget ever, in November. Approximately 92 per cent of the budget goes to salaries and benefits.

A report by KPMG released last December made a series of proposals on how to reduce policing costs, including outsourcing some jobs, possibly selling some stations, and moving to a community-based policing model.

Speaking at a news conference on Tuesday, the city's mayor wouldn't comment directly on Sloly's remarks. However, Tory noted that changes need to be made to the police force, not only due to budgetary pressures, but because times have simply changed.

"It's 2016, and 2016 is a time when policing needs and methods are going to be different than they were in 1986 or 1966," Tory said. He added that he's planning to move ahead with changes so that the city can have "better, more effective, and more modern policing."

Sloly's comments were ill-received among some members of the Toronto Police Service. The union representing frontline police officers asked the chief and the police board to investigate.

CTV Toronto's Heather Wright spoke to Chief Mark Saunders on Monday, who said he wasn't going to be "distracted" by Sloly's comments. Saunders said changes are coming, but the process takes time.

"This is the part that really irks me. This guy is a deputy chief. This guy knows that we are participating in discussions around shift change scheduling, deployment models, how we respond to calls," McCormack said in an interview on CP24.

Despite the ongoing evaluations, some feel the deputy chief raised several issues that needed to be publicly addressed.

"We cannot afford to sustain policing the way it is today. It's too expensive, and it's getting increasingly expensive. There's no pull-back on it," she said.

With a report from CTV Toronto's Heather Wright