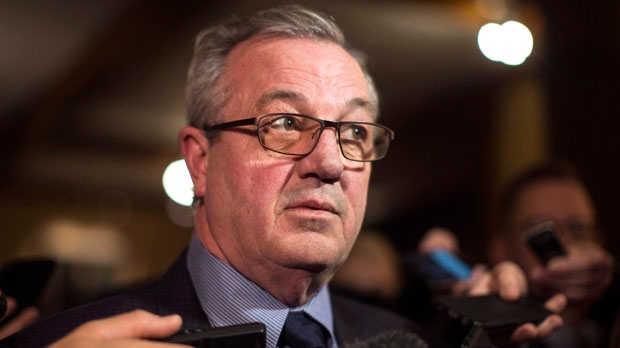 Premier Doug Ford is promising to sit down with ousted Progressive Conservative MPP Randy Hillier to “run through a few things” before deciding whether he should be allowed to return to the government benches.

The Lanark-Frontenac-Kingston MPP was suspended from caucus on February 20th after making a comment inside the legislature during a heated debate over autism funding.

Hillier admitted to saying “yada yada yada” while parents of children with autism were present in the legislature, but insists it was directed at a member of the opposition.

Despite an apology, Hillier was suspended from caucus, removed from a parliamentary committee and forced to sit as an independent member in the legislature.

However, in a letter to PC party members in his riding this week, Hillier claimed the real reason behind his ejection was due to “long-standing tensions” with senior advisors to Ford, including chief of staff Dean French and Chris Froggatt, chair of the PC election readiness committee.

Hillier claims when he challenged the suspension he was provided with a list of “childish grievances” as justification for his ejection, including not participating in standing ovations, not sharing Facebook posts about government activities and putting local constituents ahead of party business.

“I have always placed the interests of my constituents and the people of my riding ahead of conventions or meetings of the PC party. I will not apologize for this,” Hillier stated in a letter to local party members.

The Premier’s Office calls the allegations made by Hillier “patently false,” saying the reasons behind the suspension were outlined by PC party president Brian Patterson in a letter to the local riding association on Sunday.

That letter includes a list examples that Patterson alleges “demonstrates an apparent lack of commitment” to caucus.

Patterson claims Hillier had a record of low attendance, was absent from the legislature, skipped caucus retreats, spoke to the media to express his dissatisfaction with the government and used social media to “further his own personal interest” over the government’s policies.

“If Mr. Hillier wishes to have a place in the Ontario PC Caucus, my advice would be for him to accept responsibility for his past conduct and begin to demonstrate he is willing to change,” Patterson wrote in the letter.

While Ford promised to meet with Hillier on Wednesday, he wouldn’t discuss what the MPP would need to do in order to get back into the party’s good graces.

“I can’t say I want him out,” Ford told reporters at an event in Cambridge. “I think Randy’s a good man.”

Hillier, meanwhile, is asking residents in his riding to sign a local petition to have him reinstated into the PC caucus “as soon as possible.”

“Public interest and action is required to make it easier for the Premier to reverse the suspension that has been imposed on me by backroom operatives,” Hillier wrote in his letter.