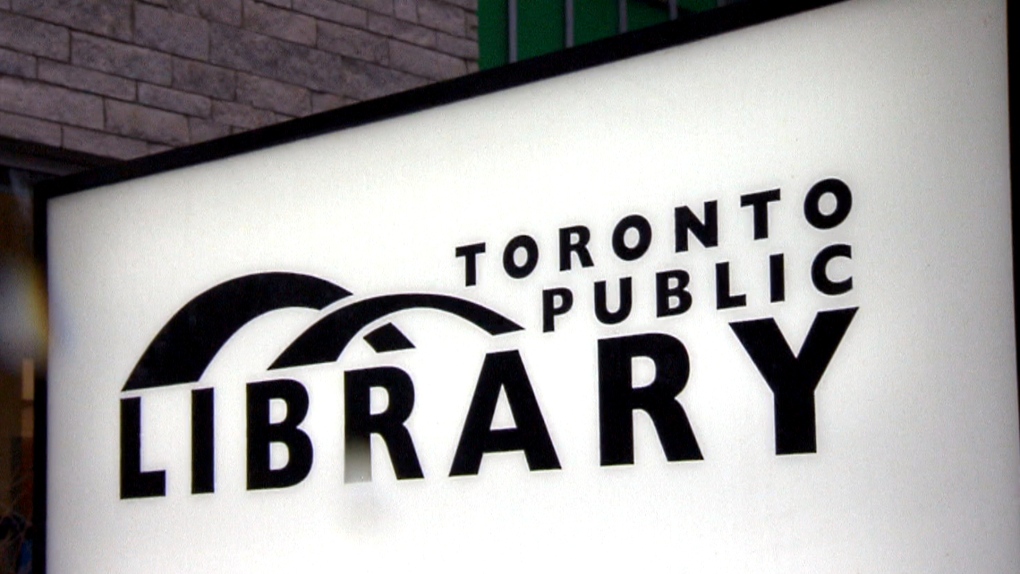 A sign at a Toronto Public Library branch is seen in this undated file image. (CTV News Toronto)

TORONTO -- Toronto Mayor John Tory said he is disappointed in the Toronto Public Library’s decision to allow a controversial speaker who believes transgender rights endanger women to attend an event on its property.

Canadian freelance writer Meghan Murphy has been widely criticized for saying on her website that trans women should not be allowed in women’s washrooms and that “allowing men to identify as women” undermines women’s rights.

The library’s decision to let her speak in a rented space on their property sparked an online petition that claimed the institution was allowing Murphy to spread hate speech.

In a statement issued on Thursday, the mayor said that his office reached out to the City Librarian Vickery Bowles and asked for her to reconsider, to no avail. He said that she “explained her rationale and stands by her decision.”

“Politicians don't make these room booking decisions nor should politicians make these decisions – that's why we have professional staff and written policies to govern the use of our public spaces,” Tory said.

At the same time, the mayor added that he didn’t agree with the decision.

“There are thousands of places this event could be held in Toronto other than the public library. When it comes to public buildings, I believe we should hold ourselves to the highest standard and listen to the valid concerns of our residents."

In response to the petition and outrage expressed by a number of Canadian authors, Bowles cited the Toronto Public Library’s (TPL) “obligation to protect free speech” as the main reason for not cancelling the event.

“The purpose of this room rental is, ‘to have an educational and open discussion on the concept of gender identity and its legislation ramifications on women in Canada,’” she said. “The speaker for this third-party room rental event has never been charged with or convicted of hate speech as defined in the Criminal Code of Canada. The event organizers are also contractually obligated not to violate TPL’s policy.”

Here's our updated comment on the upcoming third-party room rental event, as well as answers to questions we've been seeing: https://t.co/1BEmlVHT7T

While policy does give the library the right to deny or cancel a room rental if they believe the event will promote discrimination or hatred towards an individual or group, Bowles said that the “stated use of this room rental” does not violate that policy.

She went on to say that she is aware the event has caused “anger and concern among members of the trans community and others.”

“As a public library and public institution, we have an obligation to protect free speech. The community is asking us to censor someone because of the beliefs they hold and to restrict a group’s right to equitably access public space and we cannot do either. Doing so would also weaken our ability to protect others’ rights to the same in the future,” she said.

“We are supporters of the LGBTQ2S+ community and will continue to champion this community through our programs, services and collections and offer spaces for dialogue, debate and understanding.”