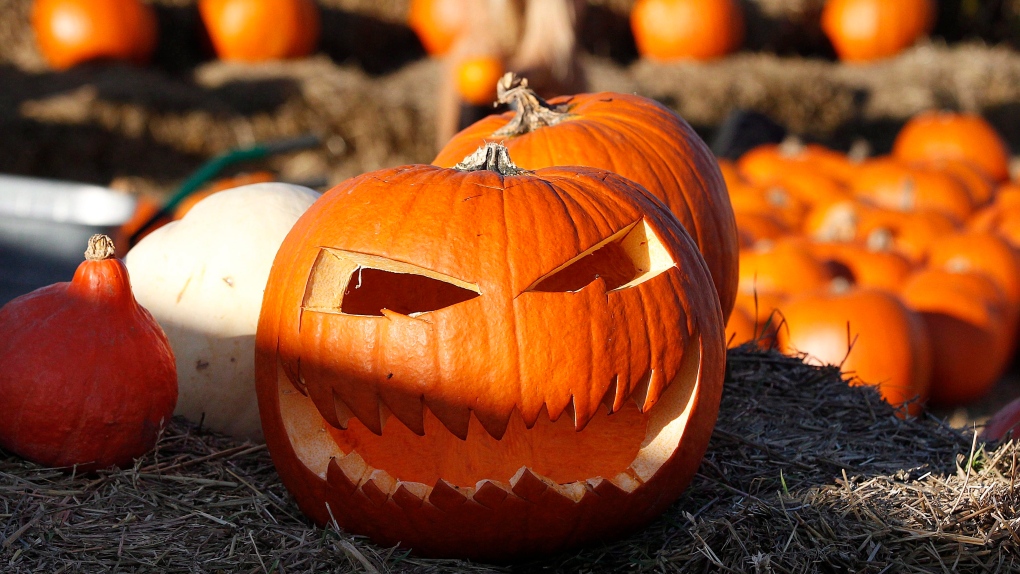 Customers choose pumpkins on Halloween at a pumpkin farm in Wilanow, near Warsaw, Poland, on October 31, 2018. THE CANADIAN PRESS/AP, Czarek Sokolowski

TORONTO -- Toronto Mayor John Tory says that he "won’t hesitate" to push for the cancellation of trick or treating this Halloween if public health officials deem it too risky.

Tory made the comment during an interview with CP24 on Wednesday morning, noting that any such decision would be based solely on the advice of Medical Officer of Health Dr. Eileen de Villa and other health officials.

His comments come on the heels of a decision by Los Angeles County to prohibit trick or treating due to the COVID-19 pandemic and instead urge its more than 10 million residents to organize online parties or car parades to mark the occasion.

So far no Canadian municipality has followed suit.

"We don't have the power to just order Halloween cancelled but I can tell you right now if the medical officer of health's advice to me is that I should say to parents You should not go out and you should not be handing out candy and all those kinds of things because we think that it poses a risk, especially with the numbers going up’ I wouldn’t hesitate for a second to do that,"  Tory said. "As much as you hate to be the one that announces things that are bad news for people, we just simply have to wrestle this thing (COVID-19) to the ground."

Tory said that he has only had preliminary discussions with de Villa about Halloween and that she so far has advised him that it would be "premature to deal with at this time."

He said that the issue will, however, be one that will merit further discussions, especially if the number of COVID-19 infections in the city continue to rise.

Speaking with CP24 earlier on Tuesday, infectious disease specialist Dr. Isaac Bogoch said that he does believe that there is a safe way for children to trick or treat but he said that "a lot can change" between now and Oct. 31.

He also conceded that there is "going to be different comfort levels" and that some people will understandably not want to participate in trick or treating due to concerns over the potential transmission of COVID-19.

"Instead of just wiping this off and saying we are not going to do Halloween this year I think that at this point in time with appropriate safety measures in place — if we keep it small, if we keep it outdoors, if we keep it low contact – it can probably be done in a safe manner," he said. "But I also appreciate that anything can change and we could be having a very different conversation a month from now."