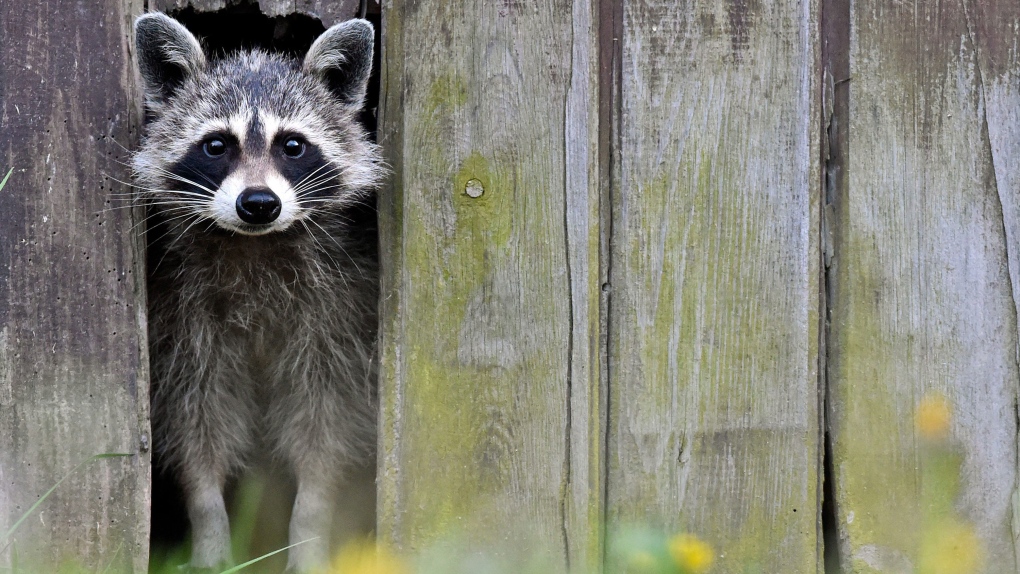 Toronto's former mayor has rubbed shoulders with accused drug dealers and faced police scrutiny without flinching, but even Rob Ford says he's scared to run into the city's most notorious residents: raccoons.

His successor, Mayor John Tory, recently took up the war on so-called Raccoon Nation, unveiling new green bins meant to keep out the wily marauders and declaring that "defeat is not an option."

The masked animals have become somewhat of an obsession in the city some have dubbed the raccoon capital of the world. Photos of a raccoon that climbed 200 metres up a crane sparked a social media frenzy last month. And debate over the creatures' nature -- beloved urban fauna or pesky vermin -- shows no sign of abating.

A criminal case involving a man who attacked a family of raccoons that destroyed his vegetable garden highlighted the city's love-hate relationship with its unofficial mascot, with equal numbers condemning and defending his actions. He eventually pleaded guilty and was sentenced to community service and a fine.

"I do think people (in Toronto) are pretty obsessed," said Suzanne MacDonald, a professor at York University who has studied the animals extensively.

"Because they live in our backyards, I think that makes them a bigger deal. In other cities, they may come into the backyards to forage or whatever ... but these animals are living with us in our houses and on our houses and trying to get into our houses and I think they become much more of an issue."

MacDonald, who is conducting a survey on Torontonians' attitude towards raccoons, said so far results have been equally split.

"Some people, they tend to look in a raccoon's face and they project evil, like they're evil geniuses and they're doing this on purpose," while others see the creatures as something to be celebrated, she said.

It's hard to know exactly how many raccoons call Toronto home, and MacDonald said an often-cited number of 100 raccoons per square kilometre is outdated. Chicago has about as many, and Washington, D.C., is in the same ballpark, she said.

Food is the main draw, and once the animals are cut off from the city's green bins, their population is likely to drop, she said.

Still, "there will always be raccoons -- they live here and it's a great environment for them and there's enough for them to eat in our backyards without the garbage," she said.

It's rare for a single species to stir such controversy, but Toronto isn't the only one struggling with a problem animal.

Despite years of practice in dealing with an annual influx of Canada geese, students at the University of Waterloo recently raised concerns about aggressive birds, particularly one they've nicknamed the Spawn of Satan.

In a post on the online forum Reddit, many people described frightening encounters with a goose they said was stationed outside Hagey Hall, and urged administrators to take action.

The iconic birds come to nest on campus each spring and one commenter deemed goose attacks to be "a key part of the UW undergrad experience."

An interactive Goose Watch map allows people to find a route clear of any nests, while the campus store sells T-shirts that read "I survived goose season," he said.

"I think people recognize, generally, that while (geese) can from time to time be a nuisance and be aggressive, it's one of the rewarding aspects of life on a campus like ours," he said.

"Clearly the geese were here first and will probably be here longer than we are."

Administrators at the University of Victoria took a more drastic approach a few years ago in dealing with hundreds of feral rabbits living on campus.

More than 800 of the creatures were removed from the grounds and transferred to sanctuaries. The entire campus was declared rabbit-free in 2011.

The rabbits, all abandoned pets or their descendants, were considered a health and safety hazard and caused significant property damage, administrators said at the time, noting those living near campus had expressed concerns that the critters might broaden their territory.